Airport retail trends 2019: why retailers have never had it so good
Menu

By the estimates of Airports Council International, worldwide passenger traffic increased once again in 2017 by 6.6%. More notable still, international passengers numbers rose to 8.4%, according to the global industry association.

These figures – based on data from more than 1,200 hubs worldwide – make for happy reading for airports and the retailers operating within their ever-expanding perimeters.

It’s a simple corollary at which to arrive. More footfall means more custom, just as it does on any high street or out-of-town shopping centre. As the concept of the ‘aerotropolis’ continues to gain traction – whereby airports increasingly come to resemble microcosmic town centres – we should expect more of the same town-to-terminal rates of relocation.

As mentioned, this is good news for the airports, who continue to profit from these non-aeronautical revenue streams. For the retailers themselves, opportunities are aplenty to capitalise on a customer demographic which is both fluid and captive. The latter adjective is perhaps most salient of all – passengers with a couple of hours to kill before a flight are a big target for the retailers in their immediate vicinity.

Not so long ago, duty free represented the sole means by which airports sought to lure passengers into opening their wallets. Yet, while lower prices still appeal to passengers, they are no longer the be-all and end-all. As Alex Avery, managing director for airports, travel and commercial spaces at Pragma Consulting explains below, customers are after an experience as much as they are a good deal.

Whether it be sheeny store frontages, location-tailored products or making use of digital touchpoints – airport retailers are stepping up their game.

Ross Davies: Many airports today resemble miniature cities – should retailers treat the ‘aerotropolis’ as they would a town centre?

Alex Avery: Airports are certainly becoming more appealing for retailers. You only need to look at the transition of airports over time. Back at the beginning, it was just an airfield, or perhaps a warehouse; then there was the addition of some very functional food and beverage options, before the emergence of duty free.

But things are changing. They are now recognising that with the volume, the expectations and the demographics and demand from the consumer side for good experience, they have become a really important part of the overall ecosystem. So retail brands are recognising the important role they play in the overall retail channel strategy. Once it was considered something of a marginal benefit, but there are a number of factors now which are making it much more appealing for brands generally.

RD: Having a captive audience must help.

AA: Yes, it does. And then there’s that continued growth in passenger numbers – particularly when you put that against the backdrop of decline in footfall on the high street and shopping malls, in general. No mall or high street can compete with that level of growth. This means retailers have a great opportunity to put their brand in front of a huge audience.

RD: The main draw of airport retail used to be duty free prices – how far have we moved beyond this? How much of an ‘experience’ are shoppers after?

AA: The point around duty free is an interesting one. The value proposition, purely when you think of the price, was the original motivator, but that’s eroded over time. There are a number of reasons behind that, whether it be the abolition of intra-EU duty free, the rise of the supermarkets discounting on product lines like alcohol, or the advent of Amazon and smart phones that provide people with the ability to instantly compare prices. 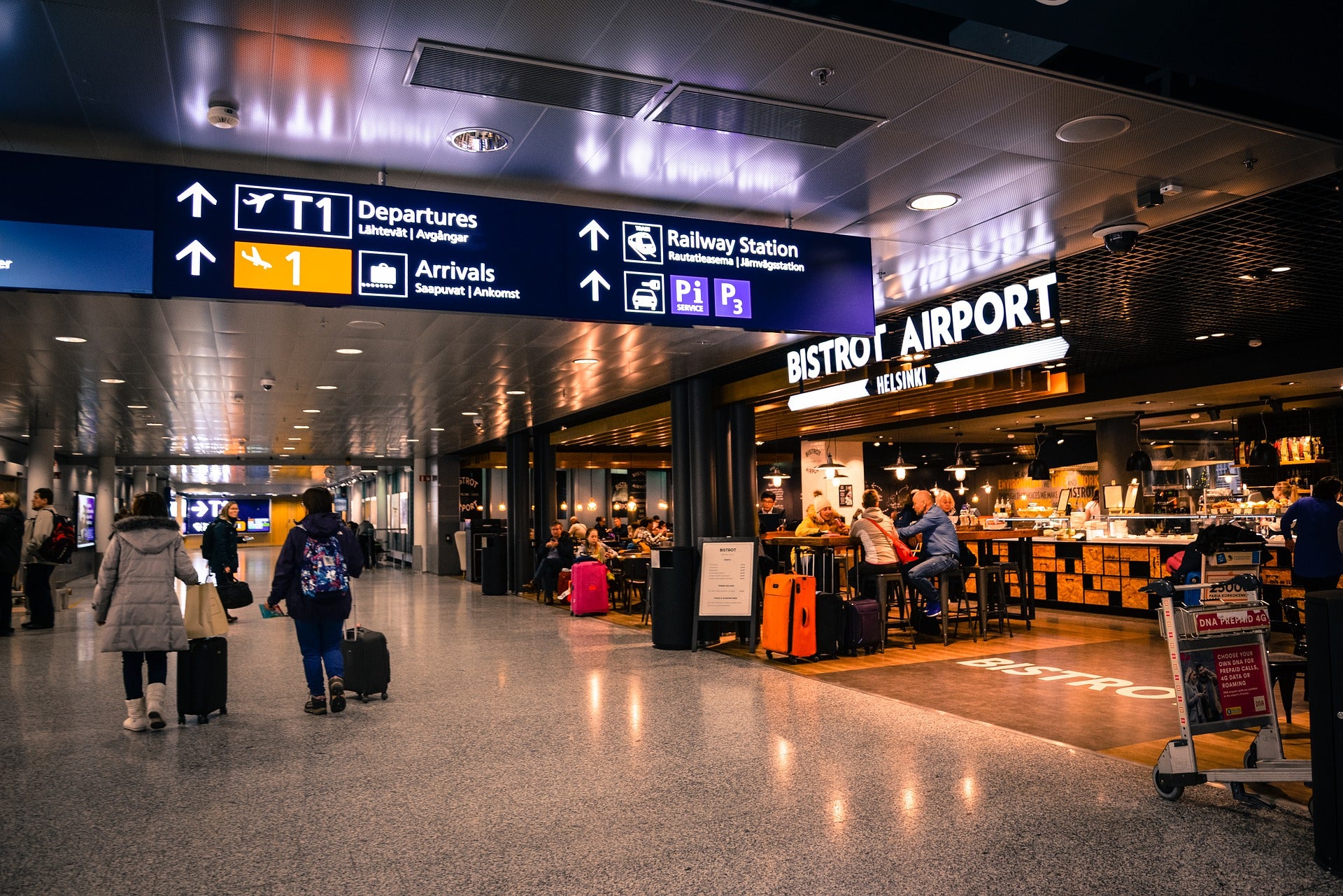 As a result, retailers have to work harder to create a point of difference and a reason to purchase, while it’s important for them to work out how they can draw customer attention.

Another component related to that is the rise of digital, which allows passengers to get on with their day as they would at home, whether that’s watching Netflix or streaming music– so there’s less interest from time-killing browsers, which once was a key part.

RD: So, despite the increase in passenger numbers, might smart phones actually be limiting the footfall across the threshold into stores at airports?

AA: It’s true that, in some respects, we’ve seen a bit of a decline in the overall retail footfall of people crossing the threshold into stores, because they are going straight to the lounge, bar or common seating area with their phones.

So that, combined with diminished perception around price, means retailers are having to work much harder to capture attention and give people a reason to visit. The key ways in which they can do that is through highly engaging store frontage, design and a strong brand presence. We’re talking about fully-permeable store fronts with no partitions, removing all barriers to entry, so it becomes almost more of a large-format department store rather than a collection of individual brands.

You can find some very eye-catching displays and in-store merchandising – the kind of true activation of the store for a physical experience based around testing, trying, tasting, learning and interaction with the products. These are all the key things online can’t compete with ­– those 3-D/4-D dimensions of the space will continue to be a key role. So while many people talk of digital killing the store, I’d say it’s killed the conventional store, but has actually revolutionised stores as physical spaces.

As a result, we’re getting much more engaging, better sales staff, active brand ambassadors, promotion of exclusive product lines, as well as country-specific products unique to the destination.

RD: How can retailers in airports utilise the likes of social media and digital to their advantage?

AA: The industry, in fairness, has been quite slow to adapt because they have the comfort of guaranteed footfall and have considered themselves a unique channel. So relative to the innovation has been taking place at the speed of change on the high street, they’ve been caught behind a little bit.

But they are now beginning to catch up and there are a number of key lines that are making a difference. Firstly, it’s about being able to communicate the product offer to a passenger before they get to an airport rather than only when they are travelling through the terminal. The benefit there is that you shift the decision-making from purely impulse to planned decision-making as well. It also provides a line of engagement to channel offers and notifications – particularly for the more frequent flyers.

Quite a lot of today’s airports now offer pre-order and click & collect, but through quite a clunky system – you need to order twelve hours in advance, or a day before. But I’d say there’s definitely a window of opportunity for retailers to offer pre-order, click & collect, delivery direct to plane or where you are sat in your lounge – so taking the retail to where people are, and not just through the store environment.

Digital screens can also help in terms of being more dynamic and eye-catching and changing the messaging to the customer profile throughout the day. For instance, you could be displaying offers for products focussed on Asian routes in the morning and Middle Eastern routes in the afternoon. Because it’s the one environment, in contrast to the mall or the high street, where you do know who is going to be coming through the airport and at what time. So much more can be done around better forecasting and adaptation to flight routes.

It’s about tailoring those offers and products to these demands.