Using research from GlobalData’s Influencer platform, Airport Technology has named ten of the most influential people and companies in Airlines on Twitter during Q4 2020.

Biggest influencers in Airlines: The top ten in Q4 2020

Isaac Alexander is the chief editor of the Jet City Star blog, where he covers news and information on the aerospace and aviation industry. He previously served as aircraft engine mechanic for the US Navy where he worked as the powerplant mechanic on the GE F404 and F414 engines of the McDonnell Douglas F/A-18 Hornet and Boeing F/A-18E/F Hornet.

Alexander previously co-founded and served as the director of publicity for the Maelstrom International Fantastic Film Festival. 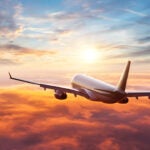 Influencers
Biggest influencers in Airlines in Q4 2020: Top individuals and companies to follow 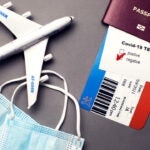 Alex Macheras is an aviation analyst who discusses global aviation industry news on international news networks such as CNN, BBC News, Sky News, Al Jazeera and ITV, among others. He collaborates with airline sector experts, leaders and policy makers, who have a global outlook on aviation and presents the latest aviation news from across the world.

Macheras writes columns for the Gulf Times and other travel and aviation magazines. He is also a speaker who attends various global aviation conferences apart from the United Nations International Civil Aviation Organisation (ICAO) General Assembly.

LIVE: Passenger confidence in the #737MAX remains low — some airlines will allow passengers to rebook flights (for free) in order to avoid this Boeing jet. pic.twitter.com/ZR5Opv5P4D

Jon Ostrower is the chief editor of The Air Current, a website providing news and business insights on the aviation industry. Previously, he served in various capacities at top global media houses including CNN and the Wall Street Journal, reporting on the aviation sector and global aerospace industry.

Jason Rabinowitz is head of Airline Research at The Airline Tariff Publishing Company (ATPCO), a company which collects and distributes fare data for the airline industry. He specialises in airline amenities product, gathering data from hundreds of airlines about airline passenger experience.

Rabinowitz and his team partner with airline companies for obtaining latest and updated data and incorporate the same in flight booking tools for Expedia, Google Flights and Sabre.

Tim Robinson is the chief editor of AEROSPACE, the main magazine of the Royal Aeronautical Society, a flagship organisation striving for the development of the aerospace community and advancement of aeronautical science.

Robinson specialises in environment science, transportation, and travel and has appeared on BBC, CNN, and Irish Times. He covers various air shows including the biannual Farnborough Air Show, which is the most coveted event in the international aerospace industry.

Henry Harteveldt is president of Atmosphere Research Group, a company providing independent market research and perspective to the international travel industry. He is a travel industry analyst and advisor to various travel-based companies across the globe, specialising in aviation, lodging/hospitality and cruise.

.@delta to offer “COVID-free” flights between ATL & FCO that will allow essential travelers to avoid quarantine on arrival in #Italy. Masks & other safety precautions will still be mandated on board. https://t.co/K0ReSsbkws #airline #travel #health #safety

Seth Miller is the founder and editor-in-chief of PaxEx.Aero, a website providing consulting services and expert analysis on airline passenger experience. He is a loyalty market analyst with extensive experience in the travel and IT sectors.

Miller is also the owner of Wandering Aramean, a company offering analysis and insight on loyalty programmes predominantly in the travel industry. He specialises in in-flight connectivity and entertainment, loyalty analytics and IT strategy.

Ben Mutzabaugh is senior aviation editor at The Points Guy, a website providing travel industry news and analysis, where he heads the airlines coverage team. He has vast experience in reporting and also started Today in the Sky, an aviation blog, which has had a 17-year run.

Mutzabaugh is an expert in media and communication, and specialises in editing, storytelling and modifying content to cater to the interests of the target audience. He has previously worked at USA Today, a daily newspaper, as an airline reporter.

Another batch of new routes:

Steve Trimble is a defence editor at Aviation Week, a news provider to the worldwide aviation and defence sectors. He started his journalistic career more than 20 years ago and worked for various military-based websites as part of their editorial teams.

Trimble reported on aviation industry across continents for various publications and websites such as FlightGloblal and Military.com. He mainly reports on defence related developments such as missiles, space and military aviation.

Odd story. USAF's C-21 (Learjet 35) fleet developed a dutch roll (aka tail-wagging) problem on landing approach. So USAF is installing a $3.5M set of Delta Fins to lift flight restrictions. But how does a C-21 fleet suddenly develop a dutch roll problem? https://t.co/IpoJd8t0Ux

Freed previously worked with reputed organisations such as The Sydney Morning Herald and The Australian Financial Review, where she covered the mining, oil and gas, tourism and business travel sectors. She also received the Aviation Journalist of the Year for 2015, presented by the Australasian Aviation Press Club.

GlobalData’s influencer identification framework identifies influencers based on relevance; size of network, connections and followers; engagement levels with their content and analysis and input from sector experts. Influencers are then evaluated on a series of specific topic-related keywords used over the period and weighted by engagement metrics.