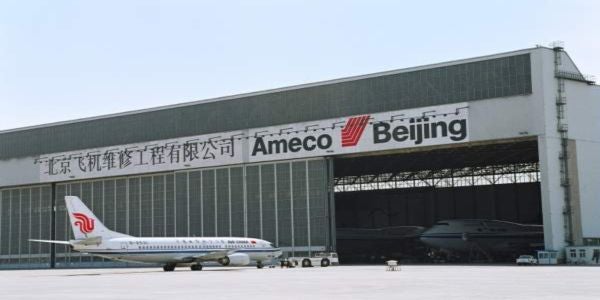 In a €15m ($20.5m) investment to nearly double its narrow body (Boeing 737 and Airbus A320 families) MRO capacity, Lufthansa Technik Sofia is having a two-bay 5,200m² hangar constructed. UK-based Jewers Doors has been contracted to design, supply and install its world-renowned Esavian doors for the hangar.

The family-owned company, which was started in 1983, has been supplying doors for all sizes of hangars for many years, including 66 doors for Boeing 747 hangar bays. In recent years, Jewers Doors has emerged pre-eminent in supplying doors for new ‘super hangars,’ built to accommodate Airbus A380 aircraft.

Managing director, Chris Jewers, says: "We are pleased to be involved with the major expansion by Lufthansa Technik Sofia. Although Jewers Doors has been a major exporter for many years, Bulgaria is quite a new market for us and this contract represents our determination to do business in an increasing number of countries."

For the new Lufthansa Technik Sofia Jewers Doors will supply a set of Esavian Type 126 sliding doors, which have been specially designed to maximise the available opening. First supplied nearly 100 years ago, Esavian doors have been continually developed to maintain their class-leading performance. In addition, they are ‘green’ doors which comply with the demanding Leadership in Energy and Environmental Design (LEED) internationally recognised green building certification system.

The first bay of the new hangar will be operational early this year with the second bay operational a few months later.

Jewers Doors is a family-owned business with three brothers as directors – Chris Jewers (managing director), Mark Jewers (Phoenix director) and Jonathan Jewers (Esavian director). It was started in 1983 by their father, Nigel Jewers, who maintains a keen interest in the engineering side of the business. It now undertakes contracts throughout the world for governments, armed forces and private companies.

Jewers Doors is proud to announce it has been accepted on to the JOSCAR register...

Calidus LLC is a Technology Development and Manufacturing Company, founded in 2015 and based in...

Breaking Ground for Jewers Doors at the Site of New Headquarters

Jewers Doors’ directors are breaking ground at the site of the company's new purpose-built factory...