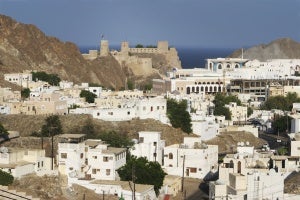 Following their recent multi-million pound contract with Ultra Electronics Airport Systems in Oman, Firstco has announced it will be opening an office in Muscat. This is the second office Firstco has introduced to the Middle East within the last five years, highlighting the ever increasing demand for expert technical support out in the Gulf.

Martin Parris, head of airports at Firstco, will oversee the work in the new Muscat office: "We’re delighted to be expanding the business across the Middle East. It’s very rewarding to see that our expertise is being recognised on a global scale and in a region where development and investment are pushing the boundaries."

The new branch will be located in the Knowledge Oasis Muscat technology park and will be home to a team of Firstco engineers and contractors as the Muscat Interna-tional and Salalah Airport projects progress. In addition, as part of Firstco’s commit-ment to the Sultanate’s Omanisation programme, Firstco have already recruited and are training local Omani graduates into the Middle East business.

Firstco arrived in the Middle East in 2006, opening a Dubai office to support the UAE side of the business, in particular the on-going Khalifa Port project in Abu Dhabi. Firstco has recently announced its involvement in the development of Jeddah airport in Saudi Arabia – just the latest step in Firstco’s growing business in the region.

Firstco have been awarded a Manchester Airport Group contract to replace the Automatic Train Operation...

The Heathrow Terminal 2 project is a £2.5bn 400,000m² passenger terminal facility that includes a...

Firstco has successfully reached the final milestone of the Heathrow A1 SCADA project marking the...