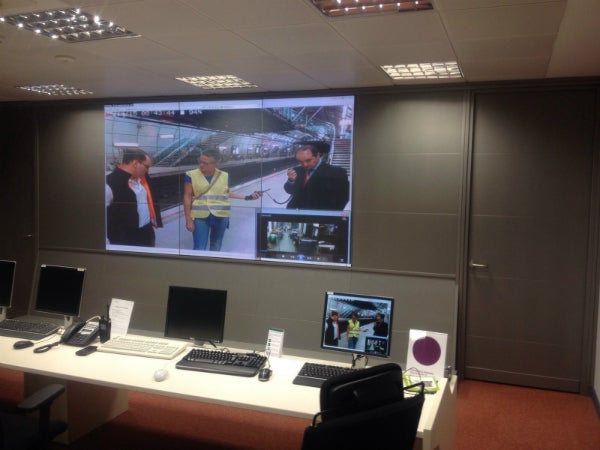 The inauguration marked the first official visit to the pilot project, which originated in May 2014. Bilbao Metro’s highly advanced security infrastructure, used by public safety agencies and transportation entities such as Euskotren and ETS, as well as Bilbao Metro, made it the perfect candidate for the first pilot project using LTE technology.

The project adds LTE to the existing network, which is based on Teltronic’s Nebula solution. The LTE system provides uninterrupted, highly available, real-time video monitoring and, in combination with the mission-critical capabilities of the existing TETRA network, can significantly boost security in the Metro, and help facilitate a coordinated response in an emergency situation.

Encompassing voice and data, the fully integrated TETRA-LTE system provides real-time video transmission between trains, stations and the Command and Control Centre in Bilbao, as well as from portable devices owned by the security staff onboard or in the station. Real-time video from cameras at stations can also be displayed.

Ricardo Lizundia, TETRA systems manager at ITELAZPI said: "We are delighted that this project has had such a positive start.

"This is an excellent platform on which we can easily build our professional broadband services. It is also a cost-effective solution, since we are able to layer LTE technology onto the existing network, alongside existing PMR voice and narrowband data services.

"This opens up a range of interesting possibilities for the network and promises significant improvements in the public service communications within the Basque Country."

Juan Ferro, vice-president systems for the Sepura Group added: "We are delighted to have participated in this pioneering project, which was made possible by ITELAZPI’s unwavering confidence in Teltronic’s technology, as well as Bilbao Metro’s commitment to innovation and the security of its customers."

Completed in 2005, DMR is an open, multi-vendor ETSI PMR radio standard which covers conventional and trunked modes of operation.

Image Messaging from the Control Room to the Field

Sepura's IMAGE is a productivity application designed to increase the efficiency of organisations where fast, clear and accurate information transfer is vital for mission and...

In high-risk environments, clear, accurate communication is a vital and a strategic element of worker safety. But a powerful voice and data network can have...

Data is Your Competitive Edge

Whether your operations are business or mission critical, data can add significant value. Real-time information provides the vital link needed to make better decisions and...