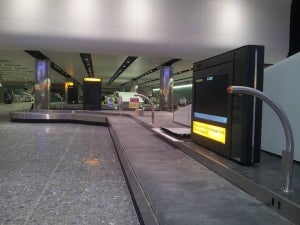 Babcock’s head of product performance support Gary Hopkins said: "Siemens’ support will help to ensure that there is additional and flexible on-site engineering expertise to address Babcock’s planned changes, as well as any on-going enhancements to the baggage control systems at T2A, as quickly as possible during normal operating hours and emergency support.

"We also aim to provide T2A with rapid incident response if required to investigate, diagnose and rectify suspected failures. This new contract will help ensure that out-of-hours emergencies will be covered by experienced engineering support on 24-hour call out."

Babcock operates and maintains the complex baggage system across Heathrow’s five terminals, which serve 70 million passengers each year. Siemens supplied and installed the baggage handling equipment at the airport for projects at T1, T2A and T4, including the provision of the service documentation to maintain and operate the equipment as designed.

In 2013, Siemens demonstrated the successful delivery of the mechanical, electrical and control systems for the new baggage handling system at Heathrow’s new Terminal 2.

A long-term project, extensive technical works on all phases of the new baggage handling operations by Siemens included the mechanical installation of 118 new check-in desks, more than 1,500 single belt conveyor drives, lifting devices extending over 5,000m and a range of baggage sorting equipment from vertical sorter units and hoists to a number of automatic tag reader scanners and programme controllers. The operation covers 7,540m² and consists of 850t of fabricated steel.

Acknowledged for its work on such a landmark project for Heathrow, Siemens triumphed at the 2013 Airport Operators Association Awards in November, winning Best Service Provider for the second year running. The company also reached the final of the Best Innovator category for introducing a ground-breaking new automatic baggage storage system earlier in the year for maximum airport efficiency and passenger convenience.