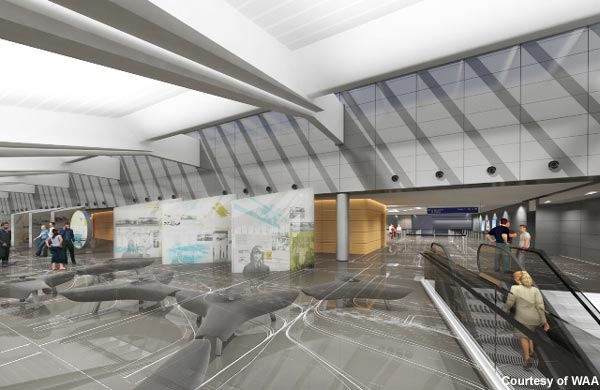 Wichita Midcontinent Airport in the US has begun construction of a new $160m terminal that would replace its existing second terminal, which opened in 1954.

Following planned completion in 2015, the new two-storey 273,000 ft² terminal will have 12 gates, each equipped with a passenger boarding bridge.

The new facility will include ticketing and baggage claim, departure lounges, retail space and expanded passenger security screening to comply with the US Transportation Security Administration’s (TSA) new standards.

A new four-level parking garage will also be built in addition to a new apron to handle various Group II and III aircraft, in addition to occasional Group IV aircraft.

Common use self-service (CUSS) and common use passenger processing system (CUPPS) check-in systems will also be installed in the terminal as part of the project.

"The terminal will be able to handle two million passengers per year."

In a bid to prepare the site for the new building, the airport has already completed construction of a new park and ride economy shuttle lot, and a new Air Cargo Building.

The architects for the project include HNTB Architects and Gossen Livingston Associates , as well as other firms that include Professional Engineering Consultants and Dudley Williams & Associates.

Designers and contractors will work under Aecom, which is the project manager for the terminal.

Plans for the project, which is being funded through user-based fees and a $53m grant from the US Federal Aviation Administration (FAA), began in 2001.

Image: The new terminal is expected to begin operations in 2015.