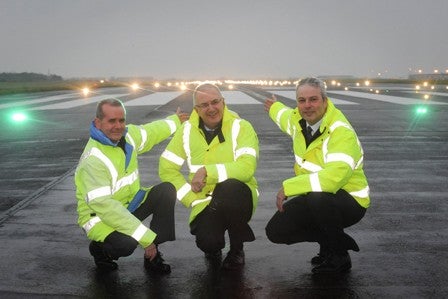 Work under the contract, to be executed between March and May 2013, involves enhancements to airfield ground lighting and drainage.

During the project execution, the existing surface along the 1.75-mile runway, will be eliminated and resurfaced with asphalt, which will be grooved to enhance surface drainage while improving the skid resistance of the runway.

Belfast International Airport managing director John Doran said: "The runway covers an area of 18 Wembley football pitches and the contractor will use 26,000t of asphalt, all of which indicates the scale of what’s involved."

Whitemountain Quarries managing director Mark Kelly said that the firm will use the latest construction techniques and working under floodlights will safeguard the smooth day-to-day operation of the airport.

"Work under the contract, to be executed between March and May 2013, involves enhancements to airfield ground lighting and drainage."

"This contract will safeguard up to 70 jobs in these challenging economic conditions," Kelly said.

Through 2015, the airport will carry out terminal and site development projects, including extensions and reconfigurations of the current terminal building, check-in hall, baggage sort hall, ground floor central search and staircase core to airside first floor.

The planned works also include the construction of a new south pier, including departure lounges, construction of west pier extensions, and expansion of the passenger aircraft parking apron into a cargo apron.