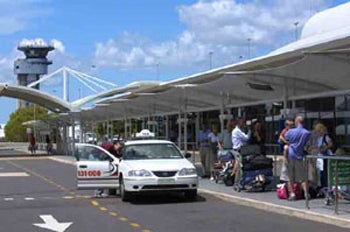 Watpac Construction has received a $40m contract to design and construct the first stage of expansion at Darwin International Airport (DIA) in Australia.

Watpac Chief Executive Officer Martin Monro said that the project is the first to be awarded to the company in Darwin.

"The expansion of Darwin International Airport is an excellent project to commence our strategy to expand our construction operations outside of the regions we have traditionally worked in," Monro said.

Scheduled to commence construction in April 2013, the project is currently undergoing the design development phase and is set to offer an efficient, sustainable, safe, secure and cost-effective airport terminal.

The airport revealed that the planned expansion, along with the earlier apron expansions will help in accommodating about six instantaneous narrow body aircraft, supporting international operations, while serving the current domestic and regional operations.

Existing facilities at the airport are also required to be expanded to allow handling efficient aircraft operations.

DIA reported 19.4% rise in international passenger traffic and 5.4% rise in domestic passengers during 2011.

The expansion project is also expected to provide DIA with profitable growth through extra flexibility and capacity.

Image: DIA’s existing facilities include a two-runway system that allows handling of all existing and future aircraft types.