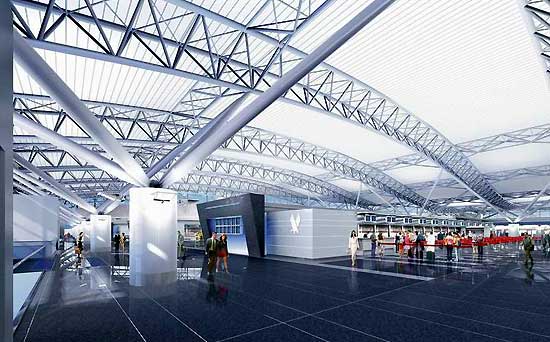 The agreement follows the company’s selection by JFKIAT in September 2012 as the operator of the terminal’s all new baggage handling system.

Initially, the contract is worth $30.5m, while upon the completion of seven-year term, there are two five-year optional extensions, which would make the contract worth about $70m.

View All
"The agreement follows the company’s selection by JFKIAT in September 2012 as the operator of the terminal’s all new baggage handling system."

JFKIAT president Alain Maca said the long-term agreement would provide the airlines and passengers at Terminal 4 with an efficient baggage system.

"The new in-line baggage system being completed by Vanderlande is one of the most significant benefits of the major expansion project at Terminal 4," Maca said.

Additionally, the company’s customer services division will maintain the passenger boarding bridge, including several 28ft Airbus A380 boarding bridges that are scheduled to go live in May 2013.

Terminal 4, the largest in the New York area, is currently being expanded and will house Delta Air Lines. It is expecting an annual passenger volume of around 12 million in 2013.