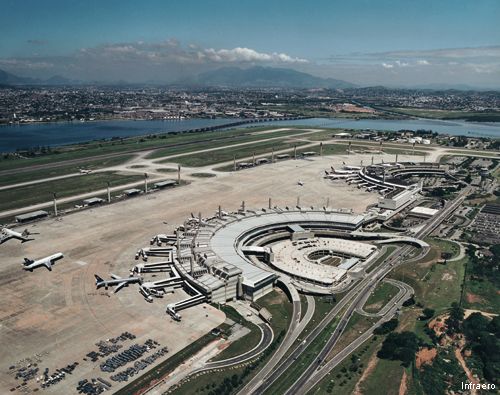 Vanderlande Industries has received an order from Galeão International Airport in Rio de Janeiro, Brazil, for the delivery of a new baggage handling system (BHS) to be installed at its passenger Terminal T2.

The order is part of the airport’s renovation plans to support the country’s upcoming 2014 World Cup and the 2016 Olympics.

According to the airport’s operator Empresa Brasileira de Infrastrutura Aeroportuária (INFRAERO), the BRL59.5m (€24.6m) Vanderlande Industries won the tender in collaboration with the Brazilian company Tecnenge.

"[The BHS] offers opportunities to significantly reduce handling costs and opens up opportunities to increase revenues from shopping, as passengers will be able to spend more time in the commercial areas," Cappendijk added.

The new BHS will be incorporated with airline IT systems and create a lone solution to enhance performance for both airlines and passengers and to reduce lost baggage, according to Vanderlande.

"The BHS is expected to be delivered in time for the 2014 World Cup."

With a capacity of up to 4,000 bags an hour, the new BHS will serve 106 check-in positions, including integrated 100% hold baggage screening and complete automated sorting of departures and transfer baggage.

"[The BHS] will facilitate the growth in passenger volumes, realise cost savings in operational and maintenance processes and add value to airport operations as it enables the implementation of smart baggage processes for the long term," Cappendijk said.

The new BHS comprises two subsystems, each with three system lines, along with incorporated X-ray machines for Level 1 and 2 screening and a BAXORTER loop sorter to perform final sorting to the flight make-up chutes.

According to the company, each subsystem will also have an integrated CT scanner for Level 3 screening, in addition to a back-up carousel for complete redundancy.

The project also includes provision of a new arrivals system, IT technology, and operations and maintenance for the first three years to enhance baggage operations.

The BHS is expected to be delivered in time for the 2014 World Cup.

Image: Galeão Airport will be offered with 24/7 site-based support by Vanderlande to facilitate the process and ensure availability of the BHS for smooth airport operations. Photo: courtesy of INFRAERO.