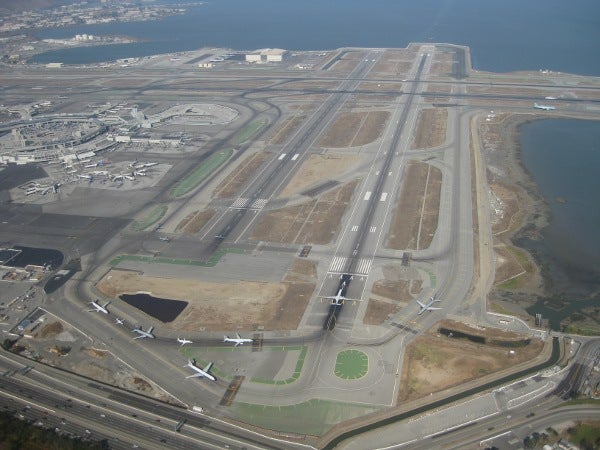 The US Federal Aviation Administration (FAA) has provided $128.3m in grants as part of Airport Improvement Program (AIP), to maintain safety and address capacity constraints at several airports in the country.

Northwest Arkansas Regional Airport has received $19.5m in grants to reconstruct its runway, which will improve the overall capacity and safety of the airport, with completion scheduled over the next two years.

The FAA has awarded an $18m grant to the San Francisco International Airport for runway safety area (RSA) improvements, which includes the second phase of RSA enhancements to both north-south runways.

Work on the project, which is expected to begin in January 2012 and finish by late 2015, includes installation of Engineered Material Arresting Systems (EMAS).

The FAA has also awarded $14m and $10m in grants to Tri-Cities Regional Airport and Salt Lake City International Airport, respectively, for refurbishing their main runways.

A $9.6m grant has been provided for the completion of Paulding Northwest Atlanta Airport and to build a new taxiway at Fulton County Airport.

According to FAA, the project will increase the Fulton County Airport’s aircraft handling capacity.

A further grant of $8.5m has been awarded to repave a main taxiway at Portland International Airport, with work on the first phase of the project expected to be completed in October 2012, while the second phase is scheduled for a September 2013 completion.

Dillant-Hopkins and Skyhaven Airports in New Hampshire have received $7.9m in grants for runways 2/20 and 15/33.

$7.8m has been awarded to Brookings Regional Airport to support a runway realignment and construction project, while Huntsville International Airport has also received $7.5m in grants to broaden taxiways.

Francisco C. Ada / Saipan International Airport has received a $6m FAA grant to complete a renovation project that commenced in 2004, with completion expected in August 2013.

"Northwest Arkansas Regional Airport has received $19.5m in grants to reconstruct its runway, which will improve the overall capacity and safety of the airport, with completion scheduled over the next two years."

A $2.8m FAA grant was awarded to Dubuque Regional Airport for the construction of a new terminal facility and aircraft parking apron.

FAA has awarded $1.1m in grants for airports in Alaska for collecting data to enable airports in Eagle, Healy River, Hughes, McCarthy and Tatitlek, Alaska, to plan routes that offer safe entrance to the airports in severe weather conditions.