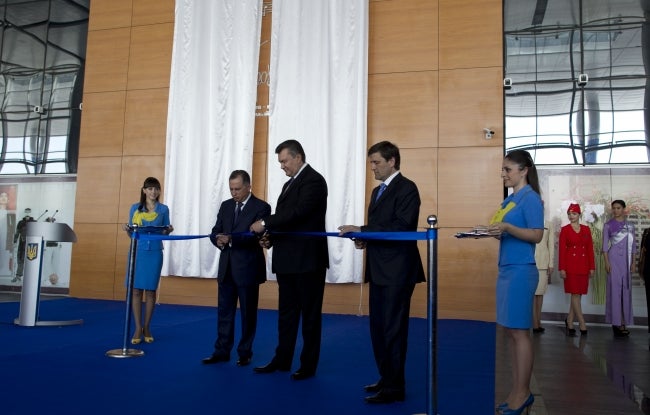 A new passenger terminal has been opened at Sergei Prokofiev International Airport in Donetsk, Ukraine, to cater for increased passenger numbers expected during UEFA EURO 2012.

The Ukrainian state budget allocated $758m for the renovation project, while private investments and local budget make up the remaining funds.

The 23m-high seven-storey terminal has three main floors spread across an area of about 58,000m², of which 5,000m² will be used for passenger lounges and 4,000m² for commercial facilities.

The new terminal has a check-in zone and can handle 3,100 passengers an hour, featuring 38 check-in stands and two oversized baggage stands.

Donetsk airport’s new terminal, linked with the parking zone by two covered galleries, also has a bus station, a three-level parking area, which can hold 605 cars, and an outdoor parking area for 1,004 cars and 20 buses.

During EURO 2012, the new terminal will receive international flights, but from August it will serve all flights.

In addition, Ukraine has also begun works at Kyiv and Lviv airports to further cater for EURO 2012 passengers, with a new terminal opening in Lviv international airport to serve 2,100 passengers every hour.