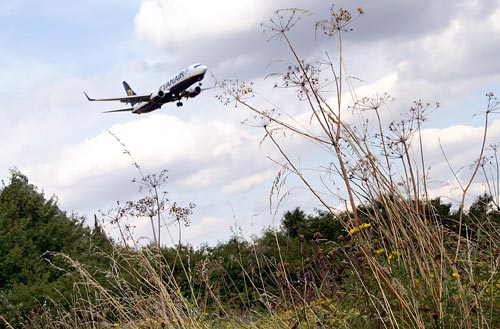 The UK Technology Strategy Board has funded a two-year research project by Thales UK, NATS and Roke Manor Research to explore the use of existing digital TV signals to track aircraft.

Ground stations receive a TV signal at a slightly different time because of the reflections and interactions with aircraft flying in their vicinity.

The received signals are then compared to the original broadcast, and the difference is used to triangulate the position of the aircraft.

Thales UK aerospace business head Marion Broughton said that the funding will support the research, which has potential long-term benefits.

"Although in its infancy, this innovative application of new technology could reshape the way that air traffic is managed in the future," Broughton said.

"Ground stations receive a TV signal at a slightly different time because of the reflections and interactions with aircraft flying in their vicinity."

According to Thales, the use of a huge number of TV transmitters would allow the system to offer a more reliable infrastructure when compared with the existing one.

The deployment of the new system also allows the existing radio spectrum to be re-used by air traffic control to free up the spectrum for a growing demand for wireless communications and other requirements.

The study will explore ways to safeguard availability of TV transmissions and explore service agreements with broadcasters to ensure reliability and performance.

The use of existing digital TV broadcasts would scrap the dedicated transmitters and simplify the system, reduce the power consumption and trim down the financial commitment of maintaining the air traffic management (ATM) infrastructure.

The study also includes investigating the wide range of benefits the prototype system could offer to ATM.

Image: The use of TV transmitters to track aircraft would allow the new system to offer a more reliable infrastructure over the existing ones.