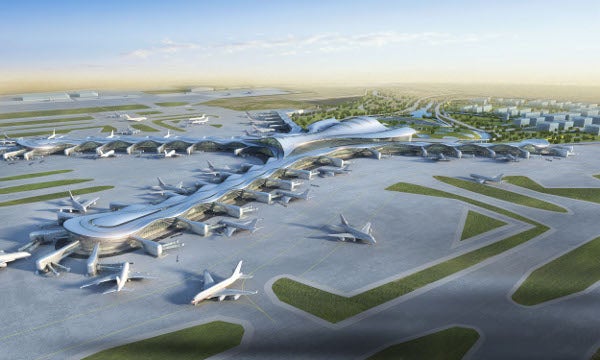 The proposed 700,000m² terminal building will allow the airport to handle 27-30 million passengers every year.

Construction on the project is expected to commence in the third quarter of 2012 with completion scheduled for 2017. The build will be executed in two phases, with the first involving construction of the terminal over the next four years.

The second phase involves an operational readiness assessment (ORA) that will be carried out in nine months, during which ADAC will test all aspects of the terminal to ensure operational and efficiency readiness.

ADAC chairman Ali Majed Al Mansoori said: "Abu Dhabi Airports Company is looking ahead to an exciting five years of growth, focusing on increasing traffic at Abu Dhabi International Airport and on expanding the airport’s infrastructure to support this growth."

Design for the terminal is provided by Kohn Pedersen Fox Associates (KPF) together with Ove Arup, NACO and BNP Associates.

During the construction process, ADAC will also develop the area adjoining the MTB to support its operation in 2017, which includes aircraft parking stands, terminal roadways, roads connecting to the Abu Dhabi / Dubai highway and utility facilities.

ADAC said that the procurement for these projects is currently in progress, which is expected to be completed in phases between 2014 and 2016.

MTB will be equipped with piers, which can handle up to 65 aircraft, while the check-in includes 165 conventional counters, as well as 48 self-service kiosks, allowing the airport to handle an estimated 8,500 passengers every hour.

The new terminal will also be equipped with baggage systems, which can process 19,000 bags an hour on 22km of conveying lines and ten reclaim carousels, as well as 136 security screening lanes for passengers and 25 for staff.