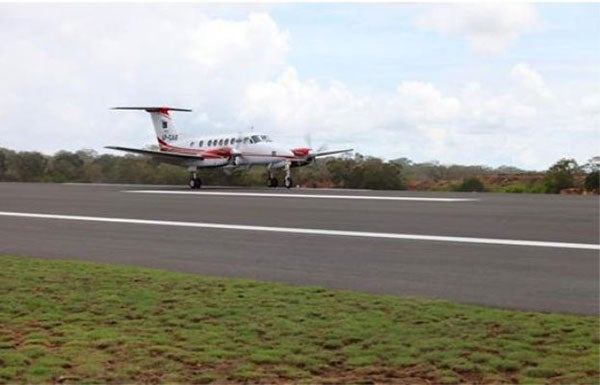 Sri Lanka has opened its second international airport located at Hambantota, which was funded by a $210m loan from China’s Export-Import Bank.

The first phase of the new Mattala Rajapaksa International Airport (MRIA) cost $210m and will be able to handle one million passengers a year, 30,000 aircraft movements and 45,000t of cargo.

Features of the new airport include a 4,000m-long, 75m-wide runway and two taxiways, as well as a 5,000m² cargo facility. The airport can also house the world’s largest commercial aircraft.

Construction on the new airport commenced in 2009; around 2,000ha is reserved for the project, of which 800ha have been used for the initial phase.

The airport is intended to act as an alternative to the Bandaranaike International Airport in Colombo, which is also being redeveloped, and give a boost to tourism in the country.

To comply with the requirements of the International Civil Aviation Organization, the new airport will be capable of serving the latest operational aircraft and more advanced aircraft of the future.