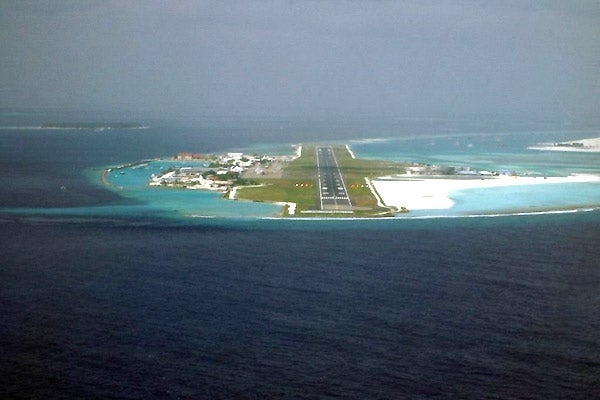 GMR spokesman Arun Bhagat said that the firm has obtained an injunctive stay on the operations of the contract termination letter.

"So which, in effect means, we continue to operate the airport as normal business," Bhagat said.

Maldives President Mohamed Waheed’s press secretary Masood Imad told PTI that the decision was "non-reversible and non-negotiable" and no such injunction can be issued against a sovereign state.

"The government’s decision is very clear. It is non-reversible and non-negotiable. Our decision was based on legal advice that we got from our lawyers in UK and Singapore," Imad said.

"GMR spokesman Arun Bhagat said that the firm has obtained an injunctive stay on the operations of the contract termination letter."

Earlier week, Maldives terminated GMR’s contract by saying that the 25-year contract faced legal, technical and economic issues and was lawfully invalid and asked GMR to leave the country within seven days.

The contract to build Male International Airport was awarded to Indian firm in 2010 in collaboration with Malaysia Airports Holdings (MAHB), while the deal turned controversial after the firm’s decision to collect $27 towards airport development charge (ADC) and insurance charge.

The JV company was planning to develop 0.6 million feet squared passenger terminal with passenger handling capacity of 5.5 million and a 20,000 ft2 VIP terminal, as well as improvement to the existing terminal.

Image: GMR and MAHB had won the Male airport development contract through a global tender conducted by the International Finance (IFC).