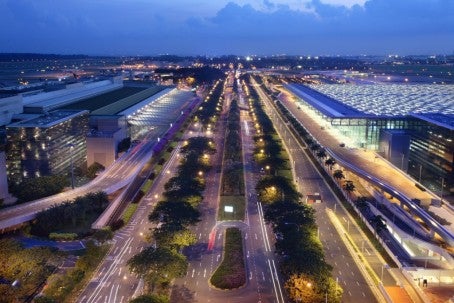 Singapore Changi Airport has unveiled initial plans to build a new $485m Terminal 4 by 2017, to replace the existing budget terminal and to cope with passenger traffic growth.

Set to cover 160,000m², construction on the new terminal will start in the fourth quarter of 2013 and serve both full service and low-cost carriers.

The terminal will have the capacity to handle 16 million passengers per year and raise the airport’s overall capacity to 82 million per year.

Changi Airport Group said in a statement: "These infrastructure investments will ensure that Changi Airport is well positioned to remain a major global aviation hub, ready to meet the challenges of growing passenger and aircraft traffic in the years ahead."

Concurrent with the development of T4, the airport has also proposed the investment of an additional $549m for the construction of parking stands, ancillary buildings, airfield infrastructure, security requirements, specialised airport systems, and road and drainage works to enhance the capacity of the airfield.

"The new T4 will be mainly used to serve narrow-bodied aircrafts and will be designed to allow a quick turnaround of flights."

The new T4 will be mainly used to serve narrow-bodied aircrafts and will be designed to allow a quick turnaround of flights.

CAG chief executive officer Lee Seow Hiang said: "Along with the measures announced by the Civil Aviation Authority of Singapore to improve runway capacity, our infrastructure investments over the next four to five years lay the groundwork for us to continue delivering a great Changi experience and attract more airlines to fly to Changi Airport."

Features of the new terminal include centralised departure and arrival immigration control and pre-boarding security screening, additional self check-in kiosks, self bag-tagging and self bag-drops, as well as a fully automated bag sorting system and a multi-storey car park.

An overhead bridge across the airport concourse will be constructed to allow transportation from T4 to the aircraft stands.

Image: Construction on the new terminal is expected to start in 2013, with opening scheduled for 2017. Photo: courtesy of Changi Airport.