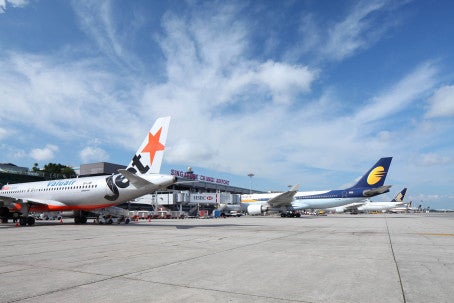 Passenger traffic during the period was mainly driven by the Lunar New Year holidays, which this year fell in February.

Airfreight traffic dropped 12.1% to 126,500t compared to 143,903t handled during the corresponding month the previous year, due to the holiday season, which affected airport’s airfreight movements.

During the month, the airport witnessed a 10% rise in traffic between Singapore and Australia, China, Hong Kong and Japan.

During the initial two months of 2013, the airport reported 5.3% growth in its passenger movements to 8.44 million, compared to the 8.01 million passengers served during the corresponding period in 2012.

"Passenger traffic during the period was mainly driven by the Lunar New Year holidays, which this year fell in February."

Aircraft movements at the airport rose 3.2% to 54,100 over 52,487 movements registered during the initial two-month period the previous year.

Changi Airport’s airfreight movements dropped 5% during the period to 266,800t compared to 280,737t handled during the January to February period in 2012.

The airport is planning to build a new $485m Terminal 4 by 2017, which would replace the existing budget terminal and assist to cope with the rise in passenger traffic.

Aimed at handling 16 million passengers per year, the new terminal would increase the airport’s overall passenger handling capacity to 82 million per year.