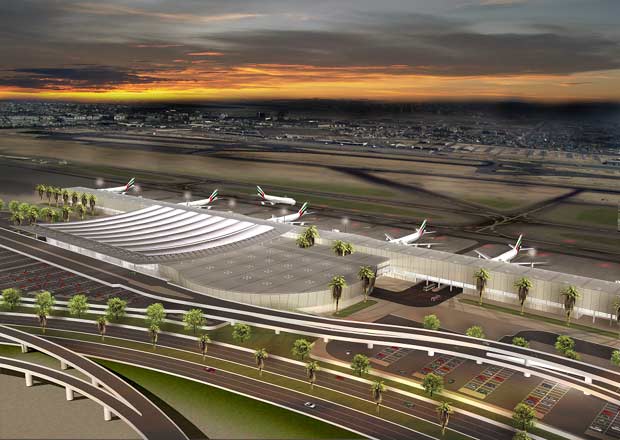 Abu Dhabi International Airport (ADIA) has reported a 14.5% increase in passenger traffic to 1.2 million during the last month, up from figures in 2011.

During September aircraft movements at the airport saw an increase of 8.4% totalling 10,057 movements.

The increase in aircraft movements is mainly due to Etihad’s new services and the flight frequency increase by airlines operating at the airport.

"The increasing attractiveness of Abu Dhabi as a trade and tourism destination is boosting inbound and outbound traffic, while the airport continues to offer efficient connectivity for transfer passengers across all continents," Al Haddabi said.

ADIA had reported a 21% rise in passenger traffic to 3.4 million in the first quarter of 2012, up from the corresponding period in 2011.

According to airport operator Abu Dhabi Airports Company (ADAC), the airport handled 29,123 flights between the months of January and March, while cargo traffic rose 11%.

Photo: Dubai International airport has reported double digit growth in passenger traffic during seven of the first nine months of 2012.