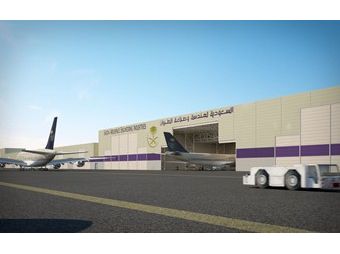 The government of Saudi Arabia is planning to issue bonds in 2013, backed by the Finance Ministry, to fund construction work at King Abdul Aziz International Airport (KAIA) in Jeddah and King Khaled Airport in Riyadh.

In January 2012, Saudi Arabia’s General Authority for Civil Aviation (GACA) revealed its plan to issue a second sukuk (Islamic bond) at the end of 2012 to help fund its $7.2bn airport in Jeddah, according to Reuters.

During the year, industrial conglomerate Saudi Bin Laden won contracts to carry out the initial phase of the KAIA expansion, increasing its annual capacity to 30 million passengers.

In April 2012, Habtoor Leighton Group (HLG) in a joint venture with TAV and Al Rajhi secured a SAR2.87bn ($765m) contract as part of the redevelopment of KAIA to build a new maintenance, repair and overhaul facility (MRO) for Saudi aerospace and engineering industries.

Work on the project involves design and construction of eleven aircraft maintenance hangars with 160m clear spans, in addition to maintenance and ancillary buildings and workshops.

With work on the project expected to be completed in October 2014 following a 30-month design and construction period, the new MRO facility would offer services to all types of new aircraft, including the new A380 and B747 models.

The country is currently investing in infrastructure projects and refurbishing several of its airports to meet increasing passenger demands.