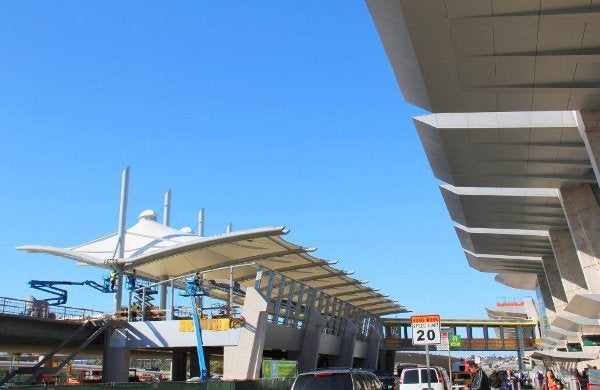 San Diego International Airport in the US is all set to open the $1bn Green Build Terminal 2 in Sumer 2013.

Terminal 2 is being expanded by 470,000ft² and will feature a new baggage handling system, which is currently being tested, with scheduled operation over the coming months.

So far, the airport has awarded $350m of contracts to local businesses.

San Diego County Regional Airport Authority president/CEO Thella Bowens said that the project has created economic benefits for the region over the course of construction.

"So far, the airport has awarded $350m of contracts to local businesses."

"Not only has it created work for local, small and disadvantaged businesses and local workers, but it will ensure that the airport can continue to support the region’s vital industries, including tourism, technology and life sciences," Bowens said.

The first phase of the project involved the construction of new parking spaces for overnight aircraft, enhancing the apron and relocation of United Service Organizations (USO) facilities, while the second phase involved construction on terminal and the roadway.

San Diego International Airport served 17 million passengers in 2011 and by 2030 the passenger number is projected to increase to between 27 and 33 million.