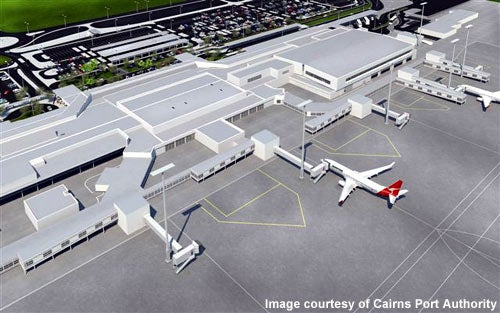 The plan proposes the development an ‘Aviation Economic Precinct’ on the eastern side of the runway to create a diversified revenue stream.

Queensland Deputy Premier and Minister for State Development, Infrastructure and Planning Jeff Seeney said that Cairns Airport is one of Queensland’s most strategically important infrastructure assets.

"The city is a key international tourist destination, a gateway to Asia and is of regional significance," Seeney said.

"Globally, airports are increasingly dependent on diversified revenue streams, and Cairns Airport has said it relied on the commercial precinct to underpin its aviation enterprise precinct."

The plan will allow transferring major airport operators including Skytrans and Hawker Pacific to a new airport economic precinct from the current western side of the runway to the eastern side.

Cairns Airport chief executive officer Kevin Brown said that the plan will enable the airport to meet future demands of the aviation industry and provide the development framework required to ensure the airport continues to play its role in the prosperity of Far North Queensland.

"The plan proposes the development an ‘Aviation Economic Precinct’ on the eastern side of the runway to create a diversified revenue stream."

"The land use plan allows us to build on the 30,000 jobs and $2.5 billion of value added revenue the airport currently generates per year for the regional economy," Brown said.

"It gives Cairns Airport’s owners the confidence to make major investments in development projects that will underpin this growth and provide opportunities for us to diversify the airport business mix and bring unique new business to the region.

It will provide a framework through which the life of the existing runway can be extended by reducing the need for runway crossings and, with significant investment, by extending taxiways and entry / exit points."

The plan also allows construction of a new runway, though the state government said that the new runway is not in on the immediate horizon.

"While the economic benefits of the redevelopment are clear, the diversification of the commercial precinct also has the potential to generate high traffic volumes, and put pressure on existing infrastructure," Seeney added.

"I have requested that airport owners North Queensland Airports Group and the Department of Transport and Main Roads work together to ensure any necessary road infrastructure upgrades are properly considered."

Image: Cairns Airport Land Use Plan would offer safe aircraft movements with additional smaller planes and helicopters from having to cross the main runway.