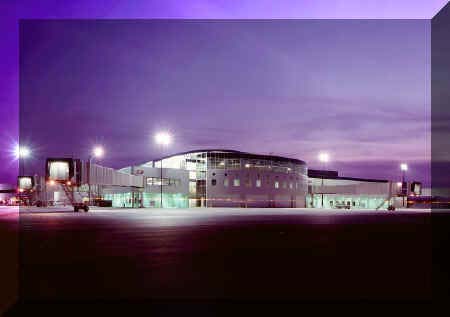 Port Columbus International Airport in the US is considering undertaking a three-year, $80m terminal modernisation programme to increase its passenger handling capacity.

Expected to commence in November 2012, work on the 835,000ft² multi-faceted terminal modernisation programme includes enhancement of the ticket lobby, baggage claim and concourses A, B and C, along with mechanical, technological and security advancements.

"Now is the time for the airport authority to make the investment in the Port Columbus terminal," Roberts said.

"The Terminal Modernization Program will enhance the appearance and functionality of Port Columbus in support of the airport’s role of providing essential air service to Central Ohio business and leisure travellers."

According to the Columbus Regional Airport Authority, the programme will ensure that the terminal is in operation for around an additional 20 years and the funding will be obtained from passenger facility charges (PFCs) along with capital reserve and operating funds.

"$627m has been invested in airport enhancements."

"The Terminal Modernization Program, which was conceived following months of intense study and research, builds upon the functional characteristics of an existing 55-year-old structure that will look and operate like new and have the capacity to serve our airline partners and central Ohio travellers with even greater efficiency," Roberts said.

The programme is expected to be completed by 2015; the upgraded terminal will feature terrazzo flooring, natural lighting and new carpeting among many others.

Built in 1958, the existing Port Columbus terminal has a passenger handling capacity of 8 million to 10 million per year, the Airport Authority said.