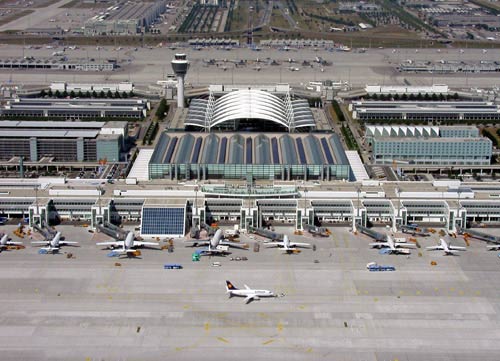 Munich Airport in Germany has recorded a 2.1% rise in passenger traffic during the first three quarters (Q1-Q3) of 2012, serving 29.2 million passengers compared to the 28.5 million handled during the corresponding period in 2011.

The airport reported a 3.6% rise in international traffic to 17.5 million in Q1-Q3, which pushed the overall growth in passenger numbers.

Munich Airport’s traffic to and from locations in Eastern Europe and the CIS states increased 13% to 760,000 of the total traffic in the continental segment, while the Egypt and Tunisia routes reported 26% and 53% rises respectively during the period.

According Munich Airport, travel from Munich to the United Arab Emirates (UAE) reported a 24% rise, while traffic between Munich and destinations in the Gulf states increased 26% to 820,000 passengers during the first three quarters of 2012.

Munich Airport’s passenger traffic on Japan routes increased 22% during the first nine months of 2012 compared with the corresponding period in 2011, when travel was hit severely following the Fukushima nuclear disaster.

Aircraft movements at the airport declined 2.7% in the January to September period to 302,000, compared to 310,725 movements recorded during the same period in 2011.