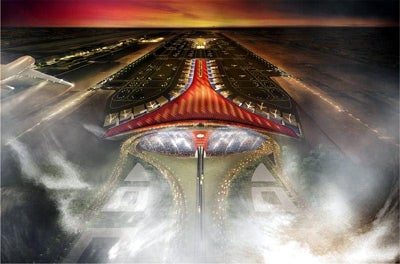 Passenger traffic at Middle East and Asia-Pacific airports rose 12.1% and 7.1% respectively during 2012 compared to 2011, according to Airports Council International (ACI) Passenger and Freight Flash Reports.

"The report also forecasted global passenger traffic to grow at 4.1% per annum over the next 20 years and Asia Pacific will become the largest aviation market in the world," Chau said.

Other airports that recorded double-digit growth rates include Jakarta with a 14.4% rise, Dubai with a 13.2% rise, 10.6% growth at Bangkok, Singapore with 10.0% and Seoul Incheon with an 11.3% rise during the year.

Airports in Asia-Pacific and the Middle East reported sluggish air freight traffic results with 0.5% rise and 4.2% rises respectively when compared to 2011.

During December 2012, passenger traffic at Asia-Pacific and Middle East airports increased 8.1% and 11.8% respectively over the corresponding month in 2011.

Asia-Pacific airports reported a 1.2% decline in air freight traffic, while Middle East airports registered a 3.4% rise during December 2012, up from December 2011.