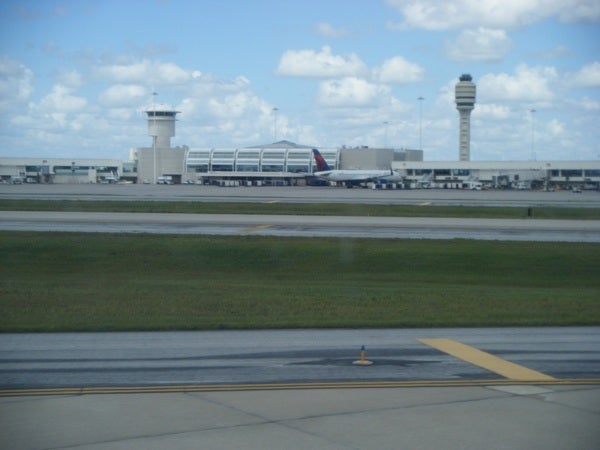 Intended to replace the existing elevated rail system to move passengers between the terminal and the boarding gates, the new system will connect with a new parking garage and provide the airport with additional capacity until it is ready to build the new south terminal.

"We’re going to proceed with getting approvals from the airlines and doing the design work on the people mover complex," Brown said. "We’ve got a schedule we think we can make. In negotiations with All Aboard Florida, they’re going to want to see that in place when they build their station."

The new people mover complex would allow private rail companies like All Aboard Florida to begin a passenger service between Orlando and Miami.

The airport, with current passenger capacity of 35 million per year, is planning to build the new south terminal when passenger traffic reaches 45 million, which is expected by 2017.

Image: The new automated people mover will replace the existing system and connect with a new parking garage. Photo: Dough4872.