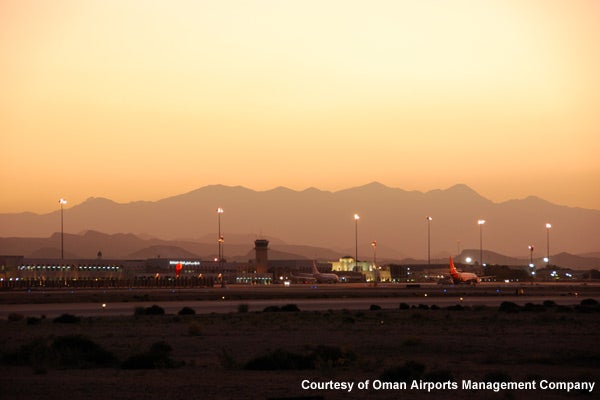 The Government of Oman is looking for an international engineering consultancy firm to work as the main consultant for expansion and modernisation projects at airports in Muscat and Salalah, replacing the existing Cowi-Larsen joint venture.

The development of Muscat International Airport is worth $1.8bn, while the Salalah Airport project requires an investment of $765m.

According to the Oman Government, the Cowi-Larsen JV , whose contract tenure will expire on 31 December 2012, will not be allowed to renew the contract as Oman’s Tender Board have already called for international consultants to bid for a new contract for overseeing construction.

The Oman Ministry of Transport and Communications has already decided not to renew the contract, doubting the JV ‘s ability to supervise major projects.

View All
"The development of Muscat International Airport is worth $1.8bn, while the Salalah Airport project requires an investment of $765m."

Oman Public Authority for Civil Aviation chief executive Salim Al AUFI told the Oman Daily Observer that the government was in search of a replacement by the time the Cowi-Laursen contract expires on 31 December 2012.

"We should be finding an alternative within the next three months," AUFI said. "If they are available and if we want them, we will definitely approach them. I’m sure some of them will be approaching us as well."

Four firms including Dar al Handasah, Hill International , AECOM Middle East and Arcadis have shown interest in the consultancy tender, while many others are anticipated to join before 22 October 2012.