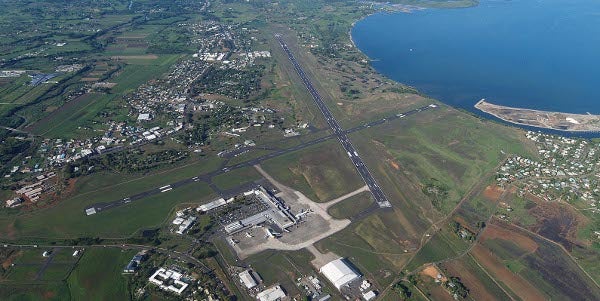 Airports Fiji Limited (AFL) is planning to start a $60m redevelopment project at Nausori International Airport in Fiji in 2012.

The redevelopment project will be carried out in three stages and is expected to be completed over the next ten years, according to Fijian newspaper The Jet.

Tony Gollin, AFL CEO, said that the upgrade was long overdue and would address issues that continue to adversely affect the airport’s operations.

The background planning for the first stage of work is underway and mobilisation on site is anticipated to begin in December 2012, following the required planning approvals and land acquisition.

During the first stage work, which is expected to take one year to complete, the airport will work to improve the operational safety of the current runway, which includes the widening the runway and strengthening the adjacent grass runway strip.

In stage two of the project, a new international terminal will be built on the current location of airport’s hangar to improve passenger services, while the present terminal will be revamped for domestic commercial use and private jets.

Stage two will also include the construction of a new control tower and the expansion of the airport apron, which will be located next to the new terminal.

The third stage redevelopment comprises an extension to the runway from its existing 1,868m to 2,300m to accommodate larger aircraft such as the Boeing 767 and Air Pacific’s proposed Airbus A330 aircraft.

Gollin said that the completion of the three stages will provide Nausori Airport with a safe, reliable and passenger friendly aviation operation until "at least 2040 and beyond".