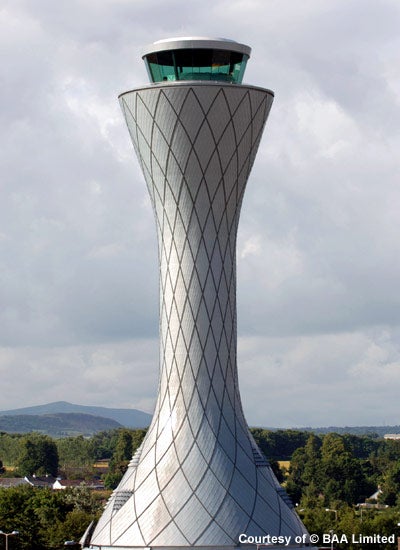 The move makes NATS the first operator to complete 4G radar compliance in the country and help it to check interference to its radar signals, used for controlling aircraft in UK airspace.

The potential for interference is due to the proximity of the S-Band radar frequency used by NATS for air traffic control with the upper band 4G network.

S-Band radars used by NATS operate at 2.7Ghz, while the upper band 4G network ranges from 2.5Ghz to 2.69Ghz.

The upgrade was required to check 4G masts from interfering with radar screens, which was anticipated following the auction of 4G mobile spectrum by UK telecom regulator Ofcom ahead of the full roll-out in 2014.

NATS UK Radar Remediation project manager Rod Swain said: "For most people, the roll out of 4G means greater availability of superfast mobile broadband, but for NATS it has presented a real challenge."

NATS initially carried out trials to reduce the impact on its NASR-10 Kincardine radar, which were completed and approved by the UK Civil Aviation Authority in December 2012.

"The move makes NATS the first operator to complete 4G radar compliance in the country and help it to check interference to its radar signals."

Additionally, NATS has also upgraded other affected radar stations, while radars currently operating at Glasgow and Edinburgh airports and have resumed service.

The UK Department for Transport has asked all the radar operators potentially affected by 4G to upgrade their radar systems by September 2013 at the latest.

Having designed and delivered a solution ahead of the deadline, NATS is now offering its support to other operators.

"We make use of other radar networks, so it’s in everyone’s interest to share the engineering expertise that NATS has acquired with other suppliers," Rod said.