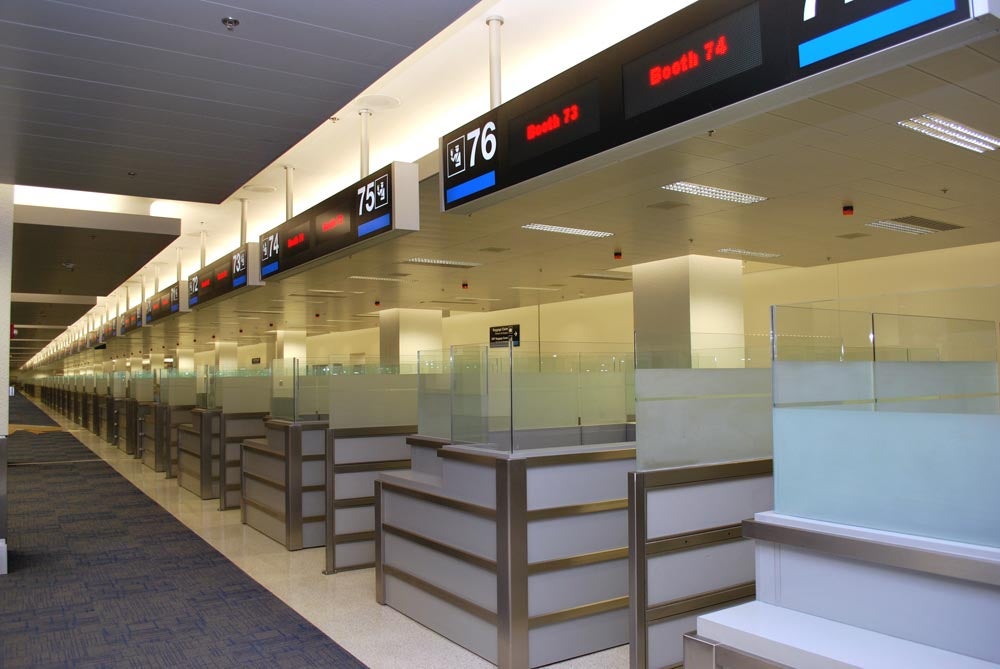 Miami International Airport in the US is planning to unveil its new $180m, three-level, 400,000ft² international arrivals facility on 31 July 2012.

Located at the centre of North Terminal, the new facility will be twice the size of the existing Concourse E facility and will serve international passengers, flying with American Airlines amongst others, into concourses D, E and F.

The new facility, part of the airport’s $2.9bn North Terminal project, includes a passport control area with 72 lanes, which will have the capacity to process 2,000 passengers every hour.

The dedicated international re-check area of the new facility features an eight-lane security checkpoint and 14 ticket counters, as well as six global entry kiosks, which allow US Customs and Border Protection-registered passengers to scan their passports, and have their retinas scanned and fingerprints captured to gain expedited entry.

News
MAM to acquire Odinsa’s stake in airport concessionaires Opain and Quiport
Data Insights
View All
"The new facility includes a passport control area with 72 lanes, which can process 2,000 passengers every hour."

Following processing at the facility, passengers will be directed with their checked bags through a new second-level baggage claim area, featuring 25 inline explosive detection units.

MIA is planning to launch five carousels in July 2012, with further expansion plans to ten carousels that operate with the new baggage handling systems by the end of March 2013.

On 16 July, the airport unveiled a $220m automated baggage handling system, which can handle 6,000 bags an hour, spanning 14 miles of conveyor belts through the airport.

Image: The international arrivals facility will be twice the size of the existing Concourse E facility and features a passport control area with 72 lanes. Photo: courtesy of Miami-Dade Aviation Department.