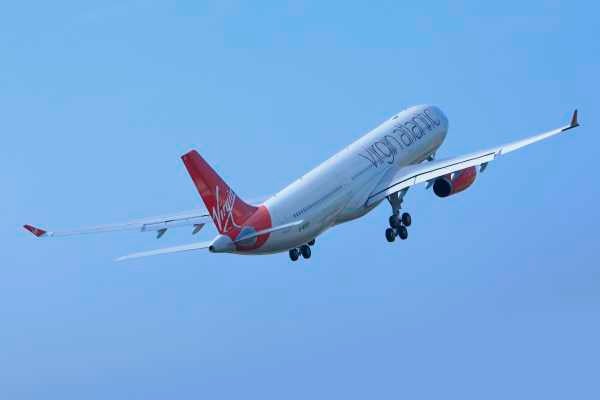 Flights in and out of Gatwick Airport in London, UK, were suspended for nearly two hours on Monday after a Virgin A330 made an emergency landing when smoke was detected in the cabin.

The Virgin flight VS27 was bound for Orlando, US, from West Sussex airport when it had to return to an emergency landing at Gatwick airport after it had reached 20,000ft over the Channel.

The airline said the captain decided to evacuate the Airbus 330-300 plane as a precautionary measure immediately after it had landed on the runway.

Inflatable emergency slides were set up and rescue service vehicles helped evacuate the 299 passengers and 13 crew onboard.

Fifteen people needed hospital treatment after the emergency evacuation but Virgin said that only four had suffered minor injuries.

The cause of the smoke development on the Virgin A380 plane is still unclear, with media reports talking about a technical issue.

Virgin Atlantic however said in a statement that it would not comment on causes before its investigation.

"Virgin Atlantic is working closely with the authorities to establish the cause of this incident. The safety and welfare of our crew and passengers is Virgin Atlantic’s top priority," the airline said in a statement.

A spokeswoman also told BBC News that six fire appliances were called to the scene but actually dealt with a small fire on the undercarriage caused by the emergency landing.

Gatwick airport was closed for more than 90 minutes as a result of the emergency, with 26 flights diverted and nine cancelled. A Gatwick spokeswoman said that there will be some delays.

Image: Gatwick airport in London was closed for two hours on Monday after the emergency landing of a Virgin A330. Photo: Virgin Atlantic