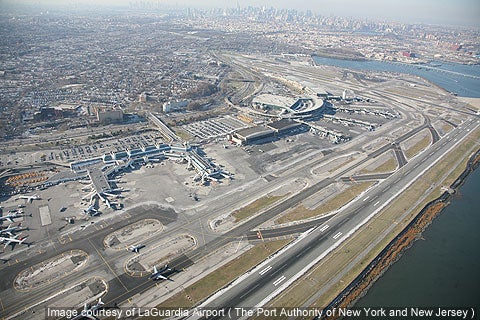 LaGuardia Airport in the US has received approval from the New York and New Jersey Port Authority’s Board of Commissioners to implement a $202.9m runway improvement project.

The majority of the investment will go towards improving the existing platform decks for the airport’s Runways 13 and 22 to house two new arrestor beds.

The arrestor beds are compressible concrete zones that aim to safely slow aircraft, in case they cross the designated landing area.

According to the US Federal Aviation Administration (FAA), older airports including LaGuardia, can install arrestor beds at the last part of runways due to limited availability of space.

The development of enhanced runway safety zones is set to be completed by December 2015, to comply with federal-mandated changes to the FAA’s current runway requirements.

Port Authority Chairman David Samson said: "In addition to ensuring our compliance with the FAA’s standards for runway safety, these projects also advance the Port Authority’s goal of increasing operational capacity and reducing congestion at our airports to accommodate the region’s anticipated growth in air travel demand."

"The arrestor beds are compressible concrete zones that aim to safely slow aircraft, in case they cross the designated landing area."

Additionally, $57.5m will be invested in building a continuous restricted vehicle service road on southern part of airport to trim down the number of airport vehicles that cross one of the runways.

The contract for the service road project is expected to be awarded in 2014, with completion in the second half of 2017.

"These improvements will enhance operations at LaGuardia and are vital to ensuring LaGuardia Airport retains its longstanding place as a vital component in the metropolitan area’s transportation network," Rechler said.

The airport has also received approval from the FAA for collecting $161.9m from airport passenger facility charges (PFCs) to fund the programme, while the remaining $42m will be sourced by the Port Authority from the Passenger Facility Charge Fund.

Image: Majority of the investment will go towards improving the existing platform decks for the LaGuardia Airport’s Runways 13 and 22.