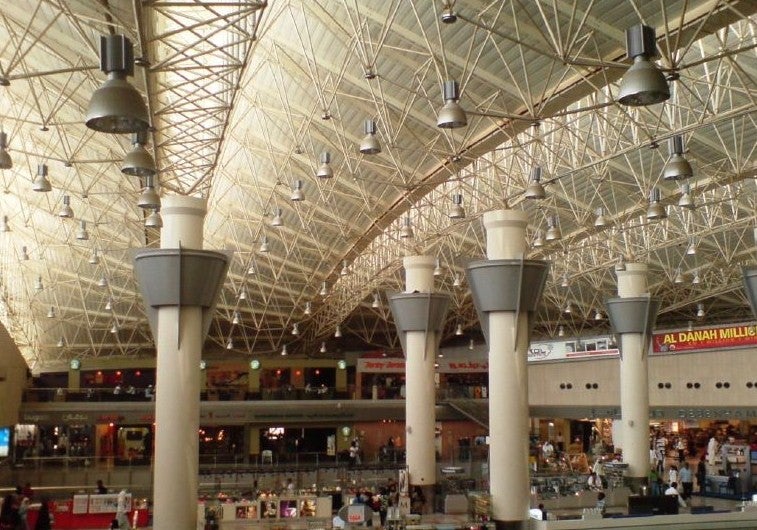 The Kuwait government is preparing to launch an initial tender worth KWD 700-800m ($2.5-$2.9bn) for construction of a second terminal at Kuwait International Airport (KIA ).

The initial stages of the tender will include design, and consultancy services, while the tenders for the second phase will include construction, which is expected to begin in the middle of next year and finish in 2016.

Kuwait Ministry of Public Works assistant undersecretary Hossam al-Tahous was quoted by Kuwait news agency, KUNA, as saying that about 16 international companies had expressed interest in the project.

"The ministry made sure that the second terminal, to finish mid-2013, would be within international standards for airport operations and services, indicating that there were plans to build another similar terminal in 2035 with capacity exceeding 45 million travellers," Tahous said.

Under the construction plans, the Kuwait ministry hopes to use solar panels to meet 10% of the terminal’s energy requirement.

A committee led by parliament members has recommended Kuwait modify its laws for public tenders to allow foreign companies to participate by bidding directly, without any local agent’s involvement.

The government is making the required changes giving Kuwait’s Central Bank the authority to deal with investment decisions and to oversee tenders.

Last year, Foster and Partner provided the design for the new terminal for the airport, which comprises three symmetrical departure gates.

The building planned to be under a single roof canopy, with each departure gate spanning 1.2km long and all extend from a 25m high central space.

Image: Kuwait is also planning to build a new terminal by 2035 which is expected to handle the capacity exceeding 45 million passengers. Photo: MuLaN