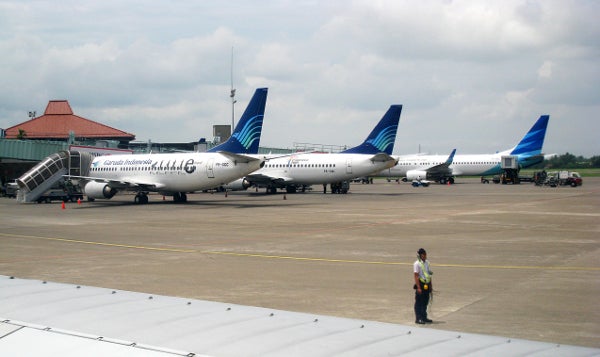 An Indonesia-based consortium led by Wijaya Karya (WIKA) has won a IDR4.7 trillion ($485m) contract for the expansion of Terminal 3 at Soekarno-Hatta International Airport.

The contract award follows Angkasa Pura II’s selection of the consortium during a tender process.

The expansion of Terminal 3, which is expected to be completed within 28 months, includes detailed engineering design and the construction of the main terminal building, roads and a parking area.

The ongoing project is part of first phase of the airport’s $1.24bn expansion plan, which also involves construction of a new apron at a cost of $84.8m to serve wide-bodied aircraft.

As part of the expansion project, the airport’s Terminals 1 and 2 will be modernised, as well as the cargo terminal and other supporting facilities, which will be developed in addition to an integrated building connecting Terminals 1, 2 and 3.

Upon the expected completion in 2014, the new Terminal 3 will have a handling capacity of 25 million passengers per year.

Airport operator Angkasa Pura II is also planning to boost the airport’s passenger handling capacity to 71 million per year in the coming years.