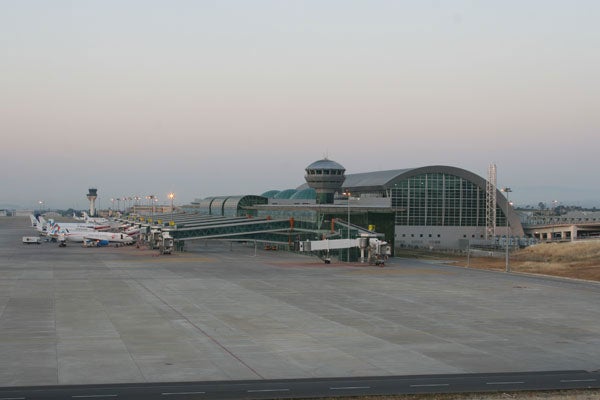 TAV EGE, a subsidiary of TAV Airports has secured a loan worth €250m from a group of banks for the construction of a domestic terminal at Adnan Menderes Airport in Izmir, Turkey.

EBRD will provide €70m from its own account and €75m through a syndicated loan from UniCredit and Siemens Bank .

EBRD transport director Sue Barrett said that the bank’s support for the investment is aimed at promoting sustainable transport across the region.

"Izmir Airport’s domestic terminal, incorporating the latest technology in its design, will excel in the level of service it provides and become a key reference point in the country for energy efficiency in the built environment," Barrett said.

TAV Ege already has the operating lease of the international terminal until 2015, and after which it will lease both the terminals and will be responsible for operating the overall terminal facilities of Adnan Menderes Airport up to 2032.

Planned to be built next to the international terminal, the domestic terminal will feature eight passenger boarding bridges, while a planned bridge system will be constructed to connect it to the International Terminal.

TAV Ege had secured the operation rights of the airport in November, 2011 by offering €610m.

After taking over the operation the domestic flights will be moved to the existing international terminal from next year to carry out work on the terminal.

TAV Airports has its operations at 12 airports in 6 countries that include Istanbul’s Ataturk airport.

Image: The new domestic terminal will feature eight passenger boarding bridges in addition to a bridge system to link it to the International Terminal. Photo: courtesy of TAV Airports.