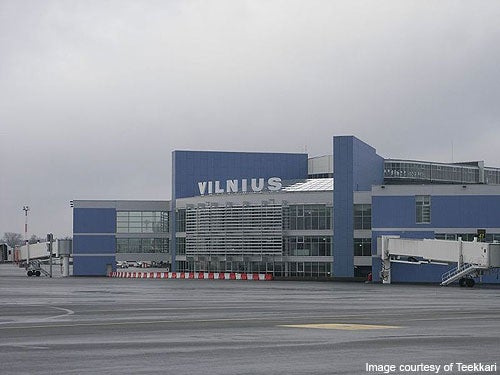 The system includes ten reception stations set up around the airport to verify the precise aircraft position through the use of automatically generated messages that assist in detecting aircraft and calculating their position.

MLAT incorporates the surface movement radar (SMR) and system to deliver the radar’s data in the tower that together form the A-SMGCS with double surveillance sensors including SMR and MLAT.

Deployed as a standalone system or integrated part of an A-SMGCS system, the modular double channel SMR system incorporates redundant transmitters, receivers and processors in a single rack.

Indra had deployed the network of radar stations that control Lithuania’s airspace, including the implementation of three stations with primary surveillance radars (PSR) and associated Mode S secondary radars (MSSR) at Vilnius, Kaunas, and Palanga.

Featuring a single 2,515m-long and 50m-wide runway, the Vilnius airport has a capacity of handling 3 million passengers per year.

Image: The reception stations deployed around the Vilnius airport will assist in determining precise aircraft position.