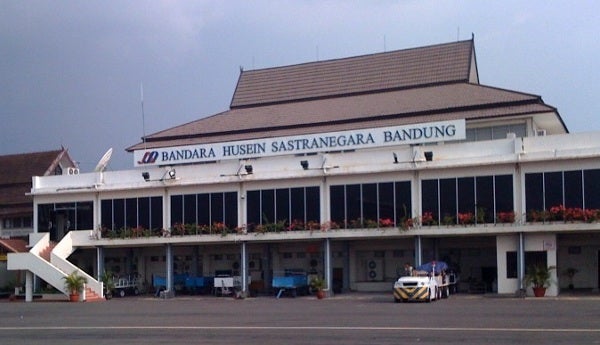 Angkasa Pura II, a state-owned airport management firm under the Indonesian Department of Transport, is planning expand the capacity of Husein Sastranegara International Airport in Bandung by 300%.

According to the operator, the airport current passenger traffic is more than its installed capacity.

Angkasa Pura II general manager, Eko Diantoro was quoted by The Jakarta Post as saying that the terminal capacity was designed to cater for 700,000 passengers per year.

"The number of passengers is projected to reach 1.5 million by the end of the year due to the increasing number of flights to and from Bandung," Diantoro said.

Under the proposed plan, the terminal size will be increased to 30,000m² by expanding on to the land on the airport’s eastern side, the land which was earlier used by state-run aircraft manufacturer, PT Dirgantara Indonesia (DI).

"Once the terminal is larger, it can serve up to seven departures and arrivals within an hour," Diantoro said.

"Other airlines are lining up to introduce flights from here, such as Citilink and Indonesia Air Transport, which are expected to fly to three cities from Bandung," Diantoro added.

Husein Sastranegara International Airport recorded 29% rise in arrivals during the first semester of 2012 to 74,021, when compared to 57,395 during the same period in 2011.

Image: Bandung airport terminal size will be increased to 30,000m² by expanding it on the eastern side. Photo: Goldsztajn.