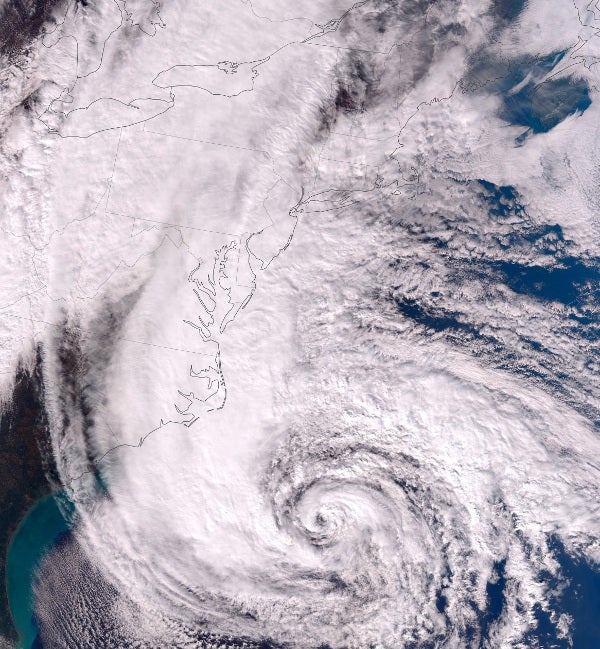 A massive storm, Hurricane Sandy, has brought air travel in the US to a near halt disrupting travel plans across the globe.

Three major airports in the New York have been affected by Hurricane Sandy, which could be the largest storm to ever hit the US, according to the National Oceanic and Atmospheric Administration.

Including all departures and arrivals, nearly 6,800 commercial flights have been grounded in two days at LaGuardia, John F. Kennedy and Newark Liberty airports, which form a key network in the US, together serving about 52 million departing passengers last year.

Airline carriers such American Airlines and Delta Air Lines, which cancelled flights, have already waived rebooking fees and provided refunds over cancellations, while United Continental has offered concessions to the passengers who opted to travel from Maine’s Portland to South Carolina’s Charleston, in addition to fee waiver.

US Airways has announced the cancellation of flights between Europe and Philadelphia for a day in view of airport shut down, ahead of the storm.

Several other airlines are expected to begin cancelling flights for 30 and 31 October and may continue through 1 November.

"US Airways has announced the cancellation of flights between Europe and Philadelphia for a day in view of airport shut down, ahead of the storm."

With around 470 miles south-southeast of New York City at 11 pm eastern time, the storm is expected by the National Hurricane Center to converge with two other storm systems.

National Hurricane Center director Rick Knabb warned that the storm’s effect will be felt from Virginia to Massachusetts.

National Weather Service dubbed the convergence as Frankenstorm, which is expected to threaten 60 million in the country and expected the storm’s gusts to be as strong as 70 miles (113km) per hour stretch from Maine to North Carolina and as far west as Ohio.

As per the orders issued by New York City Mayor Michael Bloomberg, around 375,000 people have been evacuated yesterday and more than 70 shelters were opened.

Image: Hurricane Sandy, captured by satellite on the evening of 28 October 2012. Photo: courtesy of Suomi NPP.