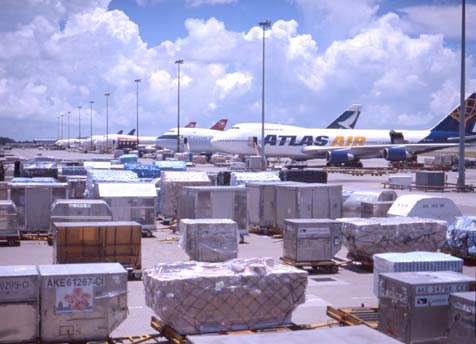 Hong Kong International Airport (HKIA) has reported a 14.5% rise in its passenger traffic during February 2013 to 4.7 million, compared to the corresponding month in 2012.

During the first two months of 2013, the airport’s passenger traffic reached 9.3 million, while it handled 582,000t of cargo, increases of 3.8% and 3.6% respectively over the same period last year.

"The rise in cargo throughput during January and February was mainly due to an 11% year-on-year growth in transhipments to and from Taiwan and North America."

"Preliminary figures show that on 16 February, during the Chinese New Year peak travel period, we handled a record-breaking daily flow of more than 198,000 passengers," Hui said.

According to the airport, the rise in visitor traffic was responsible for the overall growth of passenger volume in January and February, registering 5% growth over the same period in 2012, while the traffic to and from South East Asia, the Chinese mainland and Taiwan also reported growth.

The rise in cargo throughput during January and February was mainly due to an 11% year-on-year growth in transhipments to and from Taiwan and North America, which outperformed other key regions during the period.

"Cargo recorded slower tonnage in February due to the closure of mainland factories during the holiday period," Hui said.

"We expect that cargo will gradually stabilise in the coming months as factories resume operations and we remain cautiously optimistic for the cargo growth in longer run."