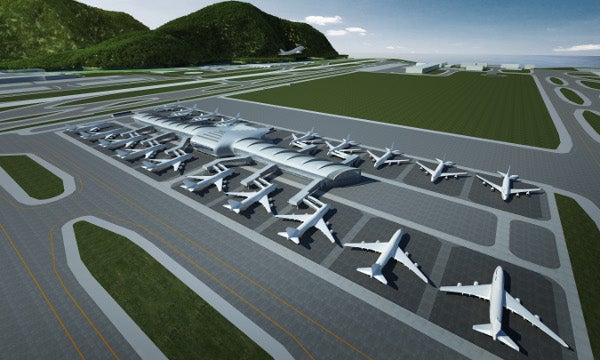 "This past year we welcomed nine new airlines and expanded our global network to about 170 destinations," Hon-chung said.

According to the airport, the rise in passenger traffic in December was mainly due to 7% rise in domestic traffic over the corresponding month last year, with improved traffic to and from South East Asia and Taiwan.

"Heading into 2013, whilst the financial woes in the Eurozone will probably continue and the weak market conditions in the US remain for some time, GDP growth forecasts for the Chinese Mainland and South East Asia are 8.1% and 5.2%, respectively, much higher than most other parts in the world, " Hon-chung added.

"We are therefore cautiously optimistic about achieving mild traffic growth at HKIA in 2013."

The HK$12bn ($1.54bn) midfield and apron development project at the airport is underway and after completion it is expected to help the airport manage passenger traffic growth in the medium-term.

"We are also keenly focused on achieving sustainable development while operating HKIA safely, efficiently and reliably, in line with the airport’s unsurpassed reputation for service excellence," Hon-chung said.