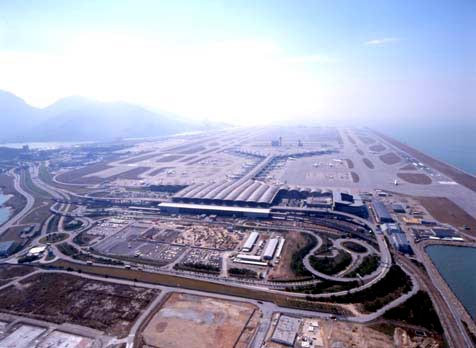 Hong Kong International Airport (HKIA) reported a 1.3% rise in its passenger traffic in September, registering 4.4 million, up from the 4.34 million handled during the corresponding month in 2011.

The 7% year-on-year growth in exports was responsible for the growth in cargo throughput during the month, reporting a strong bounce back from declines since April 2011.

Consistent with the strong rebound in trade in September, the to-and-fro traffic from North America and South East Asia dominated other regions during the month.

"It is particularly pleasing to see year-on-year increases in cargo throughput over the last two consecutive months," Hon-chung said.

"It is also worth noting that airport operations were smooth and efficient during the busy National Day Golden Week."

"The to-and-fro traffic from North America and South East Asia dominated other regions during the month."

During the first three quarters of 2012, HKIA reported a 5.1% rise in its passenger traffic to 42.2 million, while cargo traffic and flight movements increased 0.9% and 5.3% to 2.9 million tonnes of cargo and 261,110 flight movements respectively.

With the commencement of the winter flight schedule at the end of October, the airport is expecting an average of 1,000 scheduled flights per day during the period.