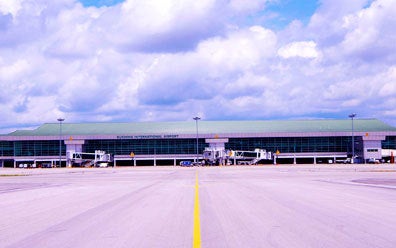 "This PBN programme will improve air traffic management at a network of commercial airports in Malaysia, while ensuring our country meets ICAO PBN resolution in a timely manner."

Under the agreement, GE will design, deploy, certify and maintain a network of precise RNP procedures to improve the performance of AirAsia’s A320 fleet, with initial deployment at Kuching International and Penang International.

GE has completed a preliminary review of the system at Kuching airport, which reported potential flight track savings of close to 8 and 13 miles for the airport’s 04 and 22 runways respectively.

The Malaysia Department of Civil Aviation Authority (DCA) and GE’s PBN Services have completed a customised evaluation of AirAsia’s readiness to adopt RNP.

Following the completion of the evaluation, GE has designed a plan for the implementation of PBN, as well as working with DCA and AirAsia to develop regulatory approval for carriers to fly RNP in Malaysia.