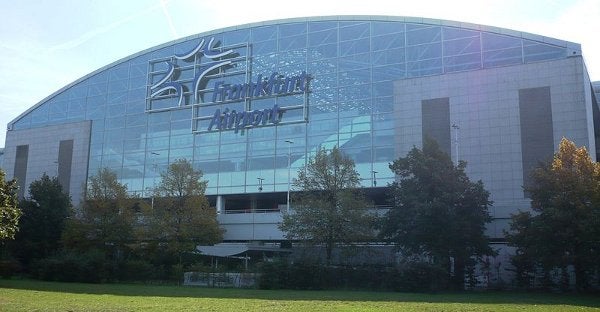 Fraport’s Frankfurt Airport (FRA) in Germany reported 1.9% rise in passenger traffic during 2012 to 57.5 million, compared to the 56.4 million passengers handled during 2011.

According to Fraport, cargo handling volume during the period declined 6.7% to 2.06 million tonnes with a 6.9% drop in airfreight and airmail reported 2.3% decline compared to previous year.

Fraport executive board chairman Dr. Stefan Schulte said that the airline industry in Europe finds itself in a difficult economic situation.

Lima Airport in Peru recorded the highest passenger traffic rise of 13% during the period with 13.32 million passengers served, while Antalya reported a 0% rise to 24.95 million when compared to 2011.

Burgas and Varna airports located on Bulgarian Black Sea coast reported 5.6% and 3.4% rises in passenger traffic during 2012 to 2.38 million and 1.22 million respectively, while cargo traffic declined at both airports during the period.

During December 2012, Frankfurt Airport reported a 6.3% decline in passenger traffic, with 4 million passengers, while registering a 1.5% decline in airfreight to 174,590t.

Schulte said that weak the global economy has played a crucial role in the development of the cargo market.

"But this negative trend has been slowing with the decline in cargo tonnage reduced significantly by the end of the year," Schulte added.

"Thus, the trend is now continuing in the right direction."