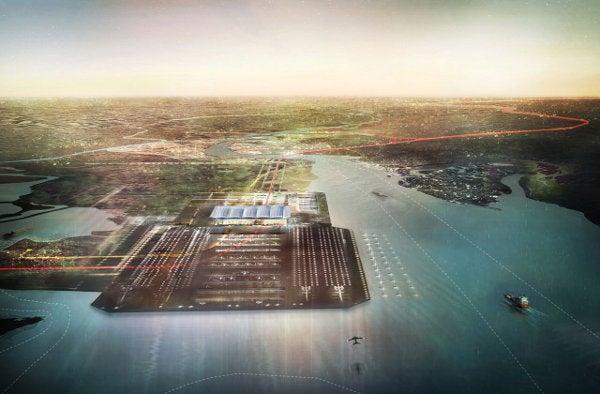 Foster’s plans include a four-runway airport on the Isle of Grain in the Thames Estuary, which will have the capacity to handle 150 million passengers per year, as well as scope to expand to a six-runway airport.

Foster + Partners founder and chairman Lord Foster said that the task of Airports Commission is important and demonstrates the government’s commitment to tackling the aviation issue.

"We believe that a new four-runway Thames Estuary airport can best provide the connectivity and future flexibility that Britain desperately needs, while improving the lives of the millions of Londoners blighted by Heathrow’s flight path."

Image: Foster’s plans include a four-runway airport, which will have a capacity of handling 150 million passengers per year, with future expansion capacity to six runways. Photo: courtesy of Foster and Partners.