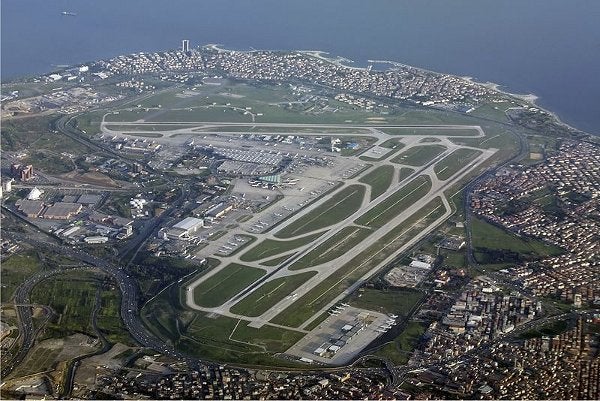 Passenger traffic at European airports continued its downward trend in May, following further pressure from the Eurozone crisis, according to the latest ACI Europe report.

ACI EUROPE Airport Traffic Report – May 2012 revealed that passenger traffic at European airports increased by just 1% in May 2012 when compared with May 2011.

When compared to the same month in 2011, passenger traffic within the EU declined 0.3% during May, in contrast to the 6.6% rise across non-EU airports.

European airports with a handling capacity of over 25 million passengers a year (group 1), including Istanbul IST, Barcelona, London LGW, Amsterdam and Frankfurt, collectively reported a 0.8% rise in passenger traffic in May.

Airports with a capacity of ten million to 25 million passengers (group 2), such as Moscow SVO, Nice Cote d’Azur, Geneva, Istanbul SAW and Oslo, reported a 0.3% increase.

"When compared to the same month in 2011, passenger traffic within the EU declined 0.3% during May, in contrast to the 6.6% rise across non-EU airports."

Passenger traffic at airports that can handled between five million and ten million a year (group 3), which include Bucharest, Marseille, Venice, Warsaw and Charleroi, saw a collective rise of 2.9%.

The airports serving less than 5 million passengers each year (group 4), including Vatry, Paphos, Sandefjord, Haugesund and Lille, reported an average traffic increase of 0.4% in May.

The report features 171 airports, which represent more than 88% of passenger traffic in Europe.