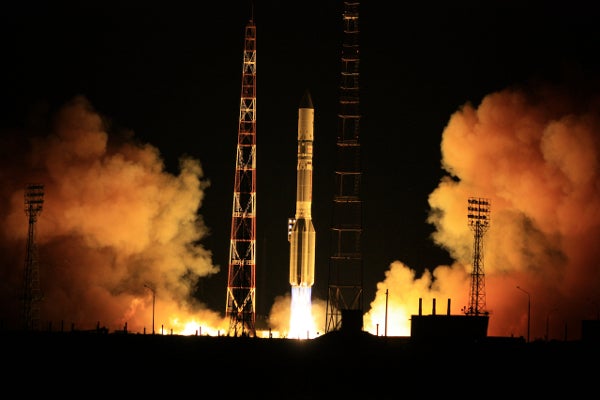 As part of the initiative, an 18-passenger aircraft from Aurigny Air Services serving the island of Alderney will be fitted with an EGNOS-enabled GPS receiver, that will guide the aircraft to the runway even during limited visibility.

UK NATS navigation architecture head Ken Ashton told Reuters that the agency is now at the point where it is beginning to land aircraft using satellite navigation.

"This is the first certified operation in Europe for satellite navigation approaches to land," Ashton said.

As part of this project, a new EGNOS transponder was launched aboard an SES satellite from Baikonur, Kazakhstan, as part of the European Commission’s plan to upgrade and maintain the system.

The new transponder will replace the existing ones aboard an Inmarsat satellite to provide accurate positioning signals to both citizens and professionals using an EGNOS-enabled GPS receiver.

European Commission vice-president Antonio Tajani said the launch of EGNOS will provide positioning signals with the highest possible accuracy to citizens and businesses in Europe.

"This opens up a multitude of business opportunities, today and in the future, especially when EGNOS will start working with Galileo when Galileo becomes operational in 2014."

The new satellite navigation technology will allow airports to enhance their overall capacity and reduce operating costs as well as allow the planning of shorter, more fuel-efficient routes to cut CO2 emissions in the aviation industry.

Scotland’s Loganair and Hebridean, as well as the UK’s Skybus, are planning to begin satellite navigation served flights.