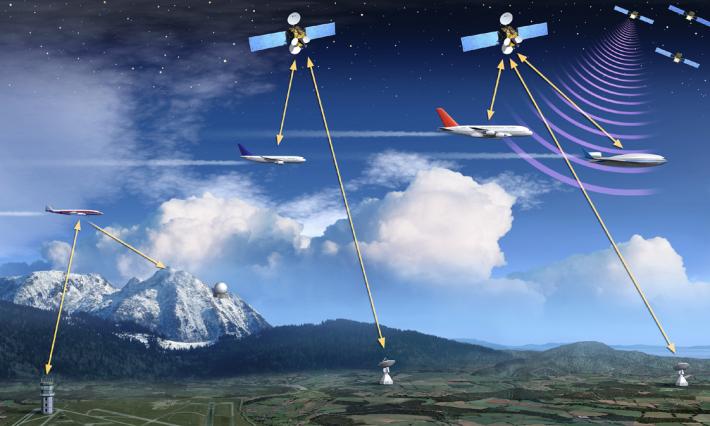 The heads of airline associations including AEA, EBAA, ELFAA, ERA and IACA said in a joint statement that new regulations are another example of the failures in building a single sky in Europe.

"We condemn the fact that the EU member states were finally able to weaken the proposed scheme, which will result in further under-performance and will not incentivise the European air navigation service providers to improve their performance and reduce their costs," the statement said.

"We find it unacceptable that the European flagship programme for aviation appears to be rapidly falling apart."

The SES project aims to develop a single European airspace to improve capacity and reduce costs.

IATA believes the new regulations would mark a backwards step for the well-timed and successful establishment of the SES scheme.

The execution of the decision would allow regulators to have permitted a second period of weak regulation for the SES project, said the association.

According to IATA, during Reference Period 1 (RP1) covering 2012-2014, the European Commission proposed diluted targets to reduce the cost of flights, while increasing capacity and better preserving the environment, which the association said air navigation service providers (ANSPs) could meet without the reforms needed to deliver the SES.

IATA director general and CEO Tony Tyler said that lessons have to be learnt from the failure of RP1 to deliver the efficiency needed to put SES back on track.

"IATA believes the new regulations would mark a backwards step for the well-timed and successful establishment of the SES scheme."

"ANSPs and member states need the right incentives to drive the SES," Tyler said. "The European Commission understands this."

"But we have seen a progressive weakening of their strong position under pressure from member states, which continue to protect inefficient, state-owned ANSP monopolies over the needs of travellers and the environment for more efficient air traffic management," Tyler added.

The association said the new regulations represent another postponement of terminal charge target setting, which would allow ANSPs to offset any reduction in charges that they may be required to make for en-route charges.

IATA’s other issues with the regulations include the introduction of congestion charging without considering the cost burden to passengers or airlines.

According to IATA, the regulations will also provide ANSPs with a continuation of ‘uncontrollable’ cost categories, which can be added after the fact to the agreed charges.

According to Tyler, passengers, airlines and the wider European economy have been losing around €5bn every year due to inefficient air traffic management.

"That’s the cost of the fragmentation of European airspace. But once again it looks like the cost-efficiency targets will be woefully short of what is required," Tyler said.

"The solution is a binding performance scheme, administered by a Europe-wide independent economic regulator," Tyler added. "It’s the only way to motivate ANSPs to rationalise the duplication and waste of the current system."

IATA said the actual targets for RP2 are scheduled to be finalised in December 2013.

Image: The regulations leading to the SES project, which is aimed at developing a single European airspace to triple capacity and half air traffic costs, are facing criticism from airline associations. Photo: courtesy of P.Carril – ESA.