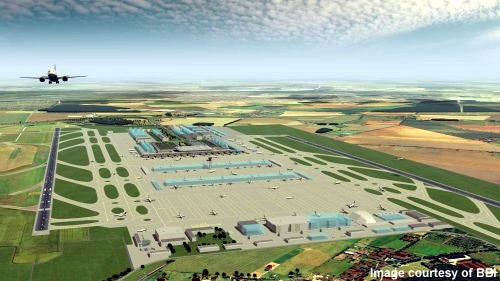 EU Environment Commissioner Janez Potocnik said that the flight paths in the airport’s final plans were unlike those certified in an EU environmental impact assessment in 2004.

Companies Intelligence
View All
Reports
View All
Data Insights
View All
"The newly designed flight paths, which were specified in January 2012, are being probed for allegedly infringing on areas rich in wildlife."

"We would say that the current flight paths must be checked, to evaluate the environmental impact of the airport," Potocnik said.

If Germany fails to agree, it could be dragged to the European Court of Justice and receive a fine.

The airport’s management team has now promised an update on planning in the autumn of 2013.

According to the newly approved flight paths, the aircraft will take off from the north runway in a straight line and turn south from the south runway in both directions of take-off.

Construction on the airport began in 2005 after two decades of planning, and the project was originally scheduled to open in 2011.

Since then, the project commissioning has been delayed four times with the next inauguration date scheduled in 2014.

The airport project has also seen cost overruns with current estimates at $6.5bn, compared to the original figure of €2.8bn.