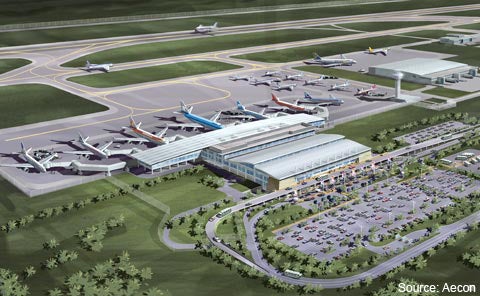 The airport operator has invested about $687m and holds concession rights to operate the airport until 2041.

CCR said in a statement that the airport has modern and safe installations and will bring even more development to the Quito city and the country.

As part of the project, the airport’s 13,450ft runway is built 1,310ft below the current location in a bid to offer efficiency to aircraft, allowing take-offs with full passenger, cargo and fuel, as well as enable direct long-haul services.

Work on the project also involved all major infrastructure including runways, control tower, ancillary buildings, in addition to the supply and incorporation of the IT, navigation and security systems.

"The airport has modern and safe installations and will bring even more development to the Quito city and the country."

Canada based AECON was both partner in the concessionaire and construction contract.

Construction work on the project was carried out in a 50/50 joint venture with Andrade Gutierrez Constructores and construction started in early 2006.

Canada based Commercial Corporation was prime contractor for the project, while Export Development Canada as a lender and Canadian company MMM Group was the engineering and design firm.

After the new airport becomes operational the old airport will be decommissioned and it will be transformed into a recreational park with a large lake in the centre.

CCR said that opening of the new airport, as well as the acquisition of the airports in San José, Costa Rica and Curaçao, is part of company’s plan to expand its airport portfolio.

Image: The new airport, which is built on a 1,500ha site, will be operated by Quiport under a concession until 2041.